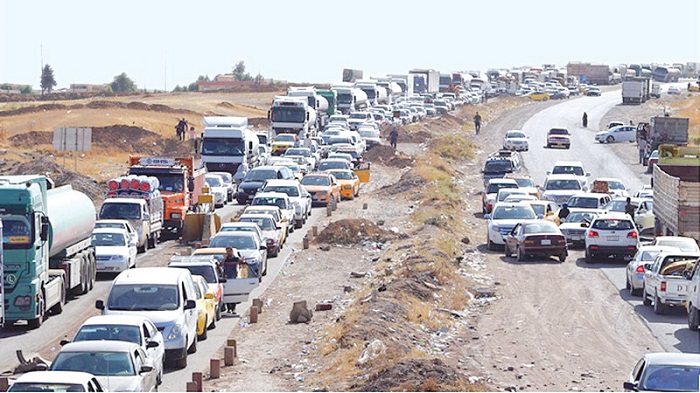 Bangladesh needs to invest an estimated extra $7.8 billion over the next decade to halve its road crash fatalities, says a new World Bank report.

The report, Delivering Road Safety in Bangladesh, released on Thursday in conjunction with the Third Global Ministerial Conference on Road Safety in Stockholm, points to the high death rate on Bangladesh’s roads caused by chronic lack of investment in systemic, targeted, and sustained road safety programs and identifies relevant investment priorities to reverse the trend.

The report is part of a broader study on road safety in South Asia’s eastern subregion, comprising Bangladesh, Bhutan, India, and Nepal, that calls for regional measures to make roads and vehicles safer, even while making national-level actions a top priority, said a World Bank press release today.

“South Asia’s road safety crisis is unacceptable but preventable. The good news is that South Asian countries recognize the urgent need to protect their people, save lives, and sustain their journey toward greater prosperity. We at the World Bank stand ready to support their efforts,” he added.

The report says annual road crash deaths per capita in Bangladesh are twice the average rate for high- income countries and five times that of the best performing countries in the world. It highlights that children and working age population are most affected by road crash injuries in Bangladesh. In 2017, road accidents became the fourth leading cause of death for children from the ninth leading cause of death in 1990.

The report calls for a new focus on safe road infrastructure design that meets the needs of all road users and vehicle types – animals, pedestrians, bicycles, rickshaws, motorcycles, motorized three-wheelers, cars, minibuses, buses, mini trucks, trucks, and agricultural vehicles. A human-centered, rather than a purely vehicle-centered focus is required, with a rebalancing of “right-of-place” and “right-of-way” road functions.

The report emphasizes the need to focus on regional trade corridors where crashes are significant, and roads are unsafe. All categories of road users and vehicle types – animals, pedestrians, bicycles, rickshaws, motorcycles, motorized three-wheelers, cars, minibuses, buses, mini trucks, trucks, and agricultural vehicles – are represented in these corridors with narrow lanes, limited or no shoulders, and inadequate pedestrian facilities.

The road safety conditions on these regional corridors mirror the nature and scale of conditions prevalent on national highways. Crash data collected in a sample of highway sections across Nepal, India, and Bangladesh reveal annual fatality rates ranging from 0.3 to 3 fatalities per kilometer, at a yearly average of 0.87 fatalities per kilometer, which is an alarming death rate by any standard.

Currently, South Asian countries are in varying stages of developing crash data and performance management systems that analyze the underlying factors behind each crash – whether it was defective road infrastructure, faulty vehicle design or human error.

To complement these efforts and to facilitate more rapid and effective knowledge transfer, the report suggests South Asian countries could join the proposed regional road safety observatory for Asia and the Pacific.