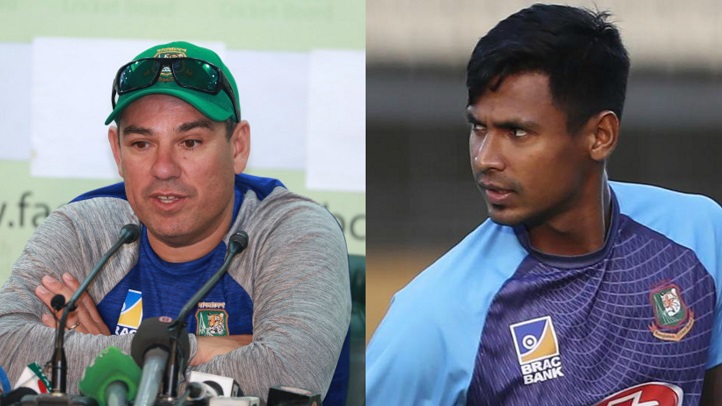 Bangladesh head coach Russell Domingo said that Mustafizur Rahman will not be playing in the Test against Zimbabwe, even though Domingo announcing they will field two quicks and two spinners.

Owing to his poor form and fitness, the left-arm pacer will not let to play though he was named in the squad for the Test, according to several media reports.

Domingo, however, was confident that Mustafiz will bounce back in white-ball cricket but advised him to work on his problems in the longer format with new pace bowling coach Ottis Gibson.

Mustafizur's form in the longest format has been inconsistent and Domingo said that the pacer is not 'ready to play Tests'. The ability to bring the ball back in to the right-handed batsman is key for a left-arm pacer and Domingo said Fizz would be working with new bowling coach Otis Gibson to work on specific obejectives.

While the nature of the spin-friendly surfaces is unlikely to change overnight, coming out of ‘all spin attack’ is the first firm step in Domingo's broad plan to help Bangladesh become a consistent Test side that travels well.

Domingo said that playing with one pace bowler - or none - is a self-defeating decision that hurts them the moment they play overseas Tests. He has called for better pitches, where batsmen, pace bowlers and spinners can all have an equal part to play.