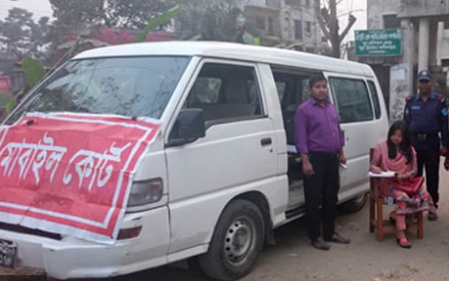 A mobile court has fined a college student Tk 40,000 for physically assaulting a schoolgirl in Gangni upazila.

The convict, Saidur Rahman, 20, is a student of Gangni Pilot School and College and son of Shahajul Islam of Kalyanpur village of the upazila.

Alam Husain, headmaster of Karamdi High School, said they caught Saidur physically assaulting the schoolgirl who was on her way to school at Baganpara in the upazila on Thursday.

He was released after his family paid the fine.