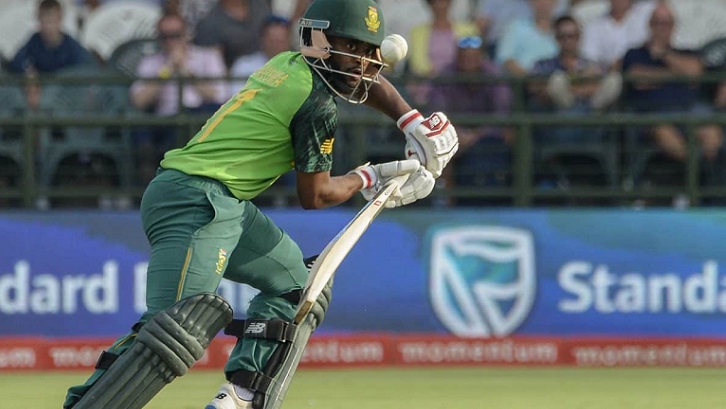 South Africa won the toss and decided to bat in the third and final Twenty20 international against England at Kingsmead, Centurion on Sunday.

"It's a good chance to bat first so we can put the English under pressure," said South African captain Quinton de Kock.

The first two matches were shared, with the side batting first winning on both occasions in matches which went down to the last ball.

But England captain Eoin Morgan said he would probably have chosen to bowl if he had won the toss.

"It looks a really good wicket," he said.

England made what Morgan described as a "forced change" with Dawid Malan playing in place of Joe Denly, who was ill.