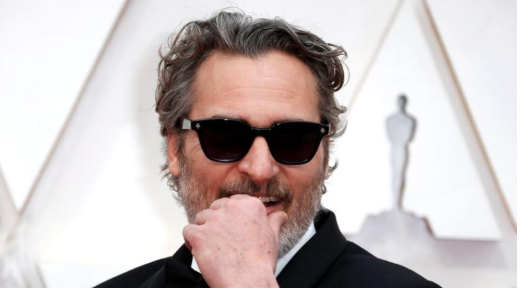 The class satire Parasite, which many believe has a chance to upset the front-runner 1917 for best picture, pulled off surprise after surprise. It is tied with Once Upon a Time in Hollywood and Ford v 1917 for three Oscars.

As it did last year, the annual Dolby Theatre ceremony kicked off without a host. Janelle Monae opened the show entering a Mister Rogers set and singing A Beautiful Day in the Neighborhood.

Two former Oscar hosts, Chris Rock and Steve Martin, dropped in to supply an opening monologue. Martin called it “an incredible demotion.” Martin noted that something was missing from this year's directing nominees. “Vaginas!" Rock replied.

Follow all the LIVE updates from the 92nd Academy Awards here:

Joaquin Phoenix won the Best Actor Oscar, for his performance as Arthur Fleck in Joker.

Bong Joon-ho wins the Best Director award for Parasite. Parasite now ties with 1917 and Once Upon a Time with three Oscars. In his speech, Bong thanked Quentin Tarantino for championing him, and Martin Scorsese for inspiring him.

Elton John wins his second Oscar, for the original son (I’m Gonna) Love Me Again, from Rocketman, a biopic on his life. John previously won for Can You Feel the Love Tonight, from The Lion King. This is his longtime collaborator Bernie Taupin’s first Oscar.

Joker picks up its first Oscar. Hildur Guðnadóttir wins for Best Original Score Academy Award. Her score was played on set to help Joaquin Phoenix get into character.

Bong Joon-ho picked up his second Oscar for Parasite. The film became first South Korean film to be nominated and win the award. Bong received a standing ovation.

Ray Romano dropped an F-bomb while announcing Bombshell as the winner. Kazu Hiro, Anne Morgan, and Vivian Baker are the winners.

Cynthia Erivo earned the second standing ovation of the show, for her performance of her Oscar-nominated song from the film Harriet.