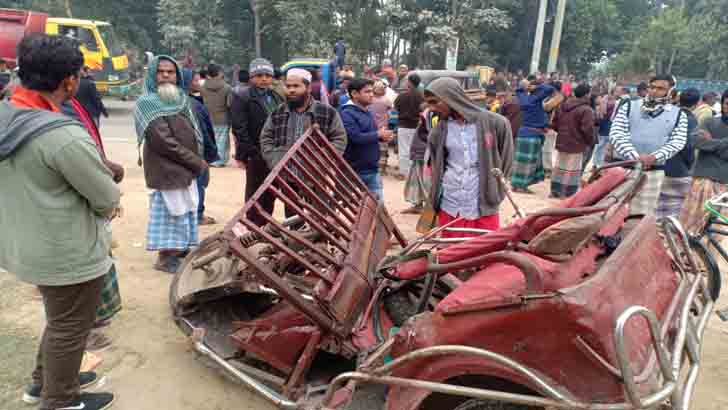 At least four people were killed and three others injured after a bus crashed into an auto-rickshaw at Charshreerampur area of Gouripur upazila of Mymensingh on Wednesday morning.

The deceased were identified as Rafiqul Islam, 45, hailing from Sutirpara area in Mymensingh, Sahera Khatun, 40, from Ujan Kashiarchar area of the upazila, Rabiya Khatun, 65 and Lal Mia.

Two of the injured are identified as Shiuly Aktar, 25, Julekha Aktar. They were sent to Mymensingh Medical College and Hospital.

According to local sources, a Kishoreganj-bound passenger bus of “MK Super Lamia and Sad Paribahan” rammed the Mymensingh-bound auto-rickshaw in the area this morning, leaving a woman dead on the spot and six others injured.