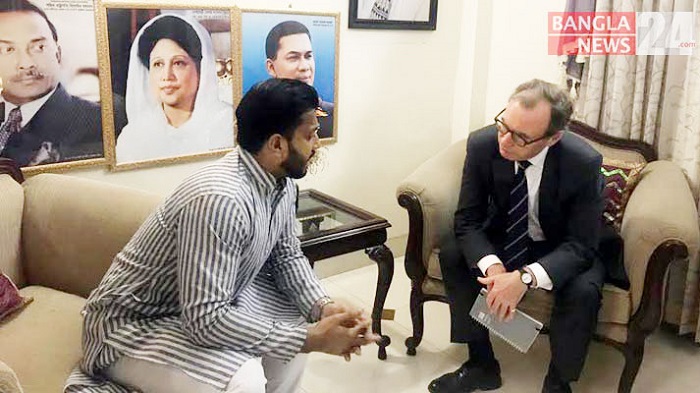 Calling for holding free and fair Dhaka city polls, British High Commissioner to Bangladesh Robert Chatterton Dickson on Sunday said the incident of clash between Awami League and BNP activists is not expected.

Robert Chatterton Dickson came up with the remark while talking to reporters after he made a courtesy call on Ishraque Hossain, BNP-backed mayoral candidate for Dhaka South City Corporation (DSCC) polls, at the latter’s Gopibagh residence this evening.

“We want to see holding of free and fair election so that people can exercise their franchise going to the polling centres,” Dickson said after the meeting.

Earlier in the day, Dickson visited the residence of Ishraque Hossain at Gopibagh in the capital at around 3:00 pm.

They discussed about the elections to Dhaka city corporations. Earlier in the day, Ishraque came under attack during campaigning in Gopibagh area.

Ishraque Hossain claimed that activists of the ruling party carried out the attack on his election rally.