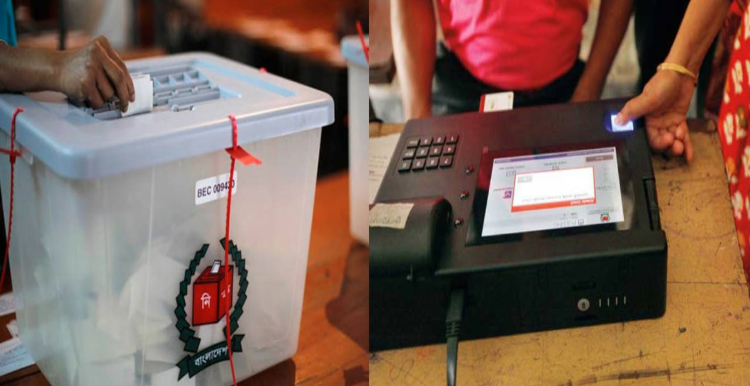 BNP secretary general Mirza Fakhrul Islam Alamgir on Wednesday urged the Election Commission (EC) to defer the elections to the two Dhaka city corporations again, if necessary, for holding it with ballot papers instead of EVMs.

“People’s right to franchise was snatched on December 30, 2018.  Efforts are on to take away the voting rights of Dhaka city dwellers on February 1.  We’re still saying discard the plan of using EVMs. If necessary, defer the elections again and take steps for using ballot papers,” he told a seminar.

Or else, the BNP leader warned, people will not forgive the EC if their voting rights are snatched.

Association of Engineers, Bangladesh arranged the seminar on the use of Electronic Voting Machines (EVMs) in the upcoming city polls at a city hotel. A documentary was screened at the seminar depicting the various possible ways of rigging votes through the EVMs.

Fakhrul called their party leaders and activists to create a public opinion against EVM use in the polls. “Raise your voice against EVM as people’s verdict won’t be reflected if the machine is used.”

Justifying their party’s opposition against the EVM, he said these machines will be operated by the government and its ‘subservient’ EC in which people have no trust.

He also slammed Awami League’s DNCC mayoral candidate Atiqul Islam for describing the attack on Tabith as a matter of BNP’s internal problem.  “It’s very unfortunate and shameful remark by him. A person who can make such a comment has no quality to be a mayor.”

Fakhrul alleged that the country’s economy and social system have collapsed due to ‘widespread’ corruption and ‘misrule’ of the government.

Now, he said, law is not equally applied for all as the government has ‘destroyed’ the judiciary.

“Khaleda Zia has been kept in jail for nearly two years in false cases. She has the constitutional right to get bail, but she’s denied it due to the government’s political vengeance…Nazmul Huda, Mohiuddin Khan Alamgir and Mofazzal Hossain Maya and many other people got bail after being convicted by the court. But our leader (Khaleda) is not getting bail though she needs better treatment,” the BNP leader observed.