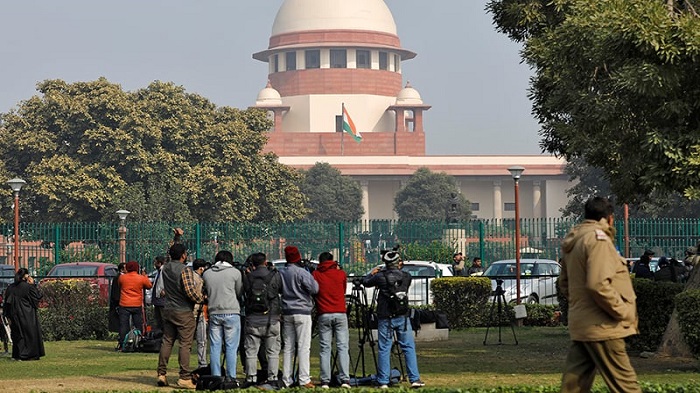 India's Supreme Court declined calls to suspend the implementation of a new citizenship law on Wednesday, deciding that a constitutional bench of five judges was needed to hear all the challenges to legislation that critics say discriminates against Muslims.

The court gave Prime Minister Narendra Modi's government four weeks to respond to 144 petitions challenging the constitutional validity of the law which has ignited protests across the country.

The law, which came into effect on January 10 after being passed by the parliament in December, lays out a path for citizenship for six religious minorities in neighbouring mostly-Muslim countries — Pakistan, Afghanistan and Bangladesh.

Critics say that the omission of Muslims is discriminatory, and that basing the right to citizenship on religion violates the secular principles of India's constitution.

Opposition leaders, Muslim organisations and student groups had petitioned the court to hold off the implementation of the law until the challenges to the legislation were settled.

But Chief Justice Sharad Arvind Bobde heading a three-bench panel told a packed courtroom that only a constitutional bench of five judges could rule on the matter and in the meantime gave the government more time to explain its stance.

"We will give you four weeks to file a reply to all petitions," Bobde told the government's top lawyer, indicating that the next hearing will be held in late February.

The government says the law is for the benefit of religious minorities such as Hindus, Sikhs and Christians who face persecution in India's Muslim majority neighbours.

The biggest student organisation in the northeastern state of Assam, where some of the worst violence was seen last month during widespread protests against the law, said it would keep up its opposition.