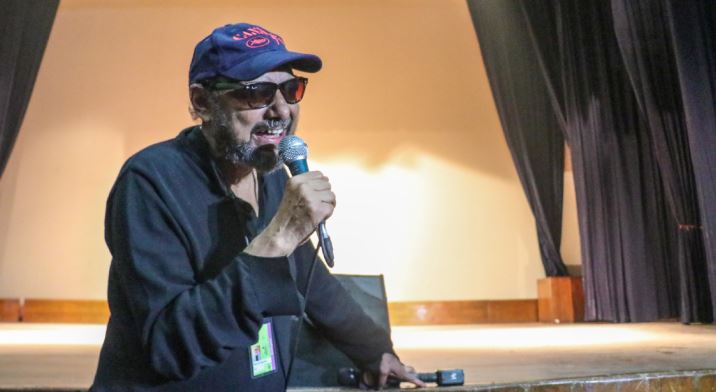 Eminent Indian artist Anjan Dutt, who is perhaps more famous in Bangladesh as the troubadour of troubled love than a prolific filmmaker in Kolkata’s film industry, made his debut at the Dhaka International Film Festival on Saturday.

Unlike Ranjana, his audience didn’t have to hear that he won’t be back.

Anjan’s latest feature, ‘Finally Bhalobasha’ was screened as part of the ongoing 18th DIFF on Saturday afternoon at the National Museum’s main auditorium.

The filmmaker then attended a special Director’s Presentation followed by Q&A session, where he talked about the presentation of the story, his storytelling and several aspects of the film with members of the audience and journalists. 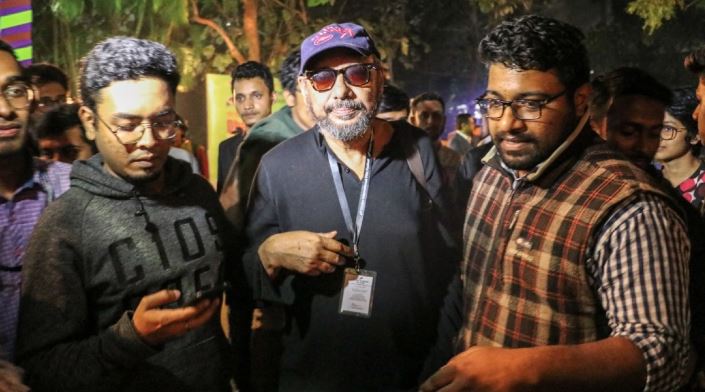 “I want to see my stories of my films being different from others, so I try to play with my audiences with my storytelling and narratives,” Anjan said on his approach to filmmaking at th3e post-screening session.

Talking about Finally Bhalobasha, he said: “The stories depicted in this film are fragmented but connected- so as the stories of our lives. The movie is a compilation of three stories related to three diseases - Insomnia, Arthritis and HIV, so the characters expressed themselves in dark and brooding tone as the victims of these painful illnesses- however, as the stories unfold further and and connections between the characters are revealed we learn how unconditional love can heal people from inside.”

The eminent filmmaker thanked the organizers of the festival, Rainbow Film Society for arranging and inviting filmmakers from all around the globe.

He also thanked them for showcasing Finally Bhalobasha at DIFF, the first time he was participating in a Bangladeshi film festival with one of his films.

It had to wait till the 24th time he directed one. Finally Bhalobasha was theatrically released on 8 February 2019. The movie features an ensemble cast with Raima Sen, Arjun Chakrabarty, Anirban Bhattacharya, Arindam Sil, Sauraseni Maitra and as is often his wont in one of his films, Anjan Dutt himself.

His son Neel Dutt is the music director of Finally Bhalobasha.