BNP still reeling under 'losses' caused by past movements 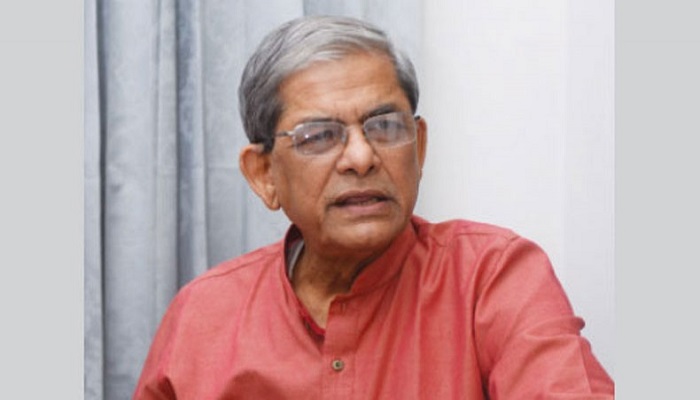 BNP Secretary General Mirza Fakhrul Islam Alamgir on Friday said their party is still struggling to recover from the 'losses' it suffered during its movements before and after the 2014 national election.

The BNP leader came up with this observation while speaking at a roundtable discussion on the use of Electronic Voting Machines (EVMs) in the polls arranged by the Bangladesh Sammilita Peshajibi Parishad at the Jatiya Press Club.

“As BNP is a liberal democratic party, no one should expect this party to stage a revolution. The party will move forward in its own fashion. We’re always on a movement…we go to court, hold discussions, and join polls as part of our movement,” Fakhrul said.

The BNP leader also said they will move ahead together with people to hold a big movement, but they do not want to suffer a big blow like the 2015 one with any imprudent movement decision.

“We got experience during the movements of the 2014 election and in 2015. We’re still finding it difficult to recoup the losses we suffered through the movements at that time,” he observed.

Bangladesh Sammilita Peshajibi Parishad arranged the programme on the use of Electronic Voting Machines (EVMs) in the polls at the Jatiya Press Club.

He said people will take to the streets and be out in the field if proper political atmosphere prevails. “A huge number of people is now taking part in our processions centring the city corporation polls. We’ll surely be successful if we can organise them and lead them to a movement.”

The BNP leader also hoped that their party candidates will come out successful in the two city polls foiling all conspiracies. “We’ve taken part in the election to win it, not to get defeated.”