Dhaka wakes up to winter drizzles 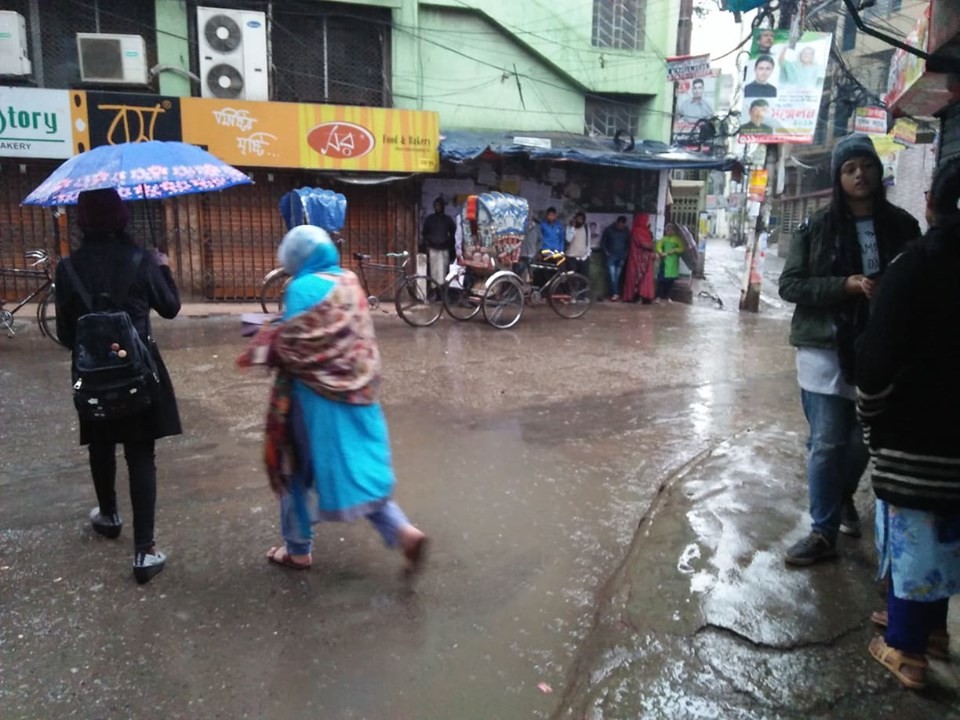 The residents of Dhaka and people elsewhere in the country woke up to cloudy skies and chilly drizzles on Friday morning as forecast by the Bangladesh Meteorological Department.

The weather office said the drizzles will continue throughout the day across the country but it will start receding from Saturday.

On Tuesday, the Met Office predicted that the entire country, including the capital, would experience winter rain on Thursday and Friday.

The early morning rain made things difficult for poor people like day-labourers and rickshaw-pullers.

“It would have been better had I stayed indoor and taken rest rather than braving the chilly rain,” said Hashem Ali, a rickshaw-puller sitting idle in his slow-moving three-wheeler at Mouchak intersection in the morning.

Besides, students were seen using umbrellas while going to their coaching centers in the morning on the weekend.

Meanwhile, the lowest temperature 11.5˚C was recorded at Tetulia in Panchagarh district on Thursday.

The temperature in Tetulia was recorded at 5 C on last Monday and 4.5 C on Sunday, the lowest in this season.

Meanwhile, various cold-related diseases affected 5,440 people across the country in the last 24 hours, the government said on Thursday.

Data from the Directorate General of Health Services (DGHS) control room showed that 767of the patients received treatment for acute respiratory infection.

According to the data, 51 deaths were reported across the country between November 1 and January 2 due to cold-related diseases.