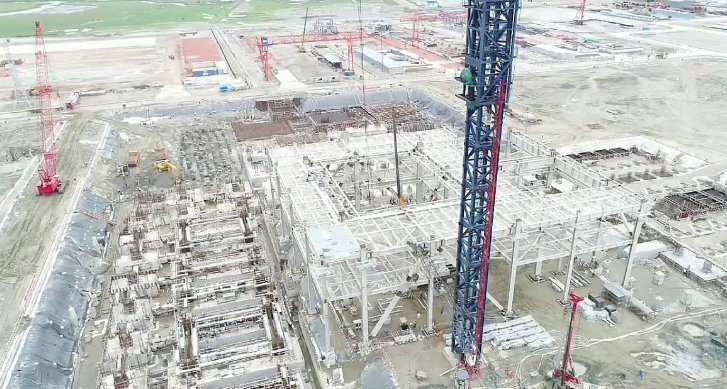 Finally, the 400 kV Payra–Gopalganj power transmission line has gone into operation with a hope that it will facilitate the power supply from newly constructed 1st unit of 1200 MW Payra coal-fired Power Plant.

The important transmission line was scheduled to come into operation in the first half of the year of 2019. But, it missed a number of deadlines for various reasons.

The main target of the project was to supply power from the 600 MW 1st unit of Payra Power Plant which was installed and commissioned a few months ago. But, the power transmission was not possible from the plant because of the delay in implementation of the transmission project.

“Electricity from Payra Power Plant will be supplied through the newly constructed transmission line,” the EGCB said, adding that the four ultra-modern ACCC conductors (cable) were used in each phase of the transmission line.

Since the line is of high capacity, it will be capable of transmitting more electricity from other power plants to the setups in future in the region, it added.

The PGCB informed that it required crossing four rivers -- Payra, Sandha, Sugandha and Laukhali - to complete the construction of the long transmission line.

A number of long towers were installed at both ends of each river to complete the job.

South Korean contractor GS Engineering and Construction Corporation constructed the transmission line on a turnkey basis at a cost of Tk 1,412 crore.

The PGCB implemented the scheme under its ‘Patuakhali-Gopalganj 400 kV Transmission Line and Gopalganj 400 kV Grid Substation Project’. The PGCB and the government jointly funded the project.

North-West Power Generation Company Ltd (NWPGCL) Managing Director Khursedul Alm had said once the transmission line was commissioned, it would require 15 days more to supply power from the Payra plant.