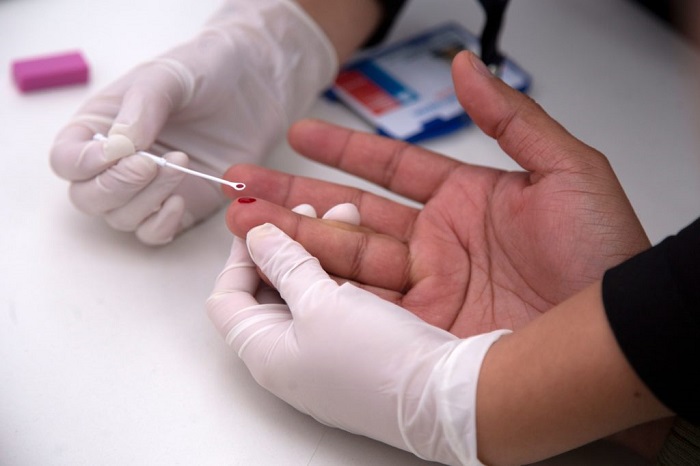 Shanu (pen name), a 30-year old woman, who is in her seven-month of pregnancy, worried to know that she was infected with HIV, human immunodeficiency virus.

After returning from doctor’s chamber last week, she was completely at a loss as she could not find out why such disease like HIV/AIDS developed in her body?

After a thorough thought, Shanu, who is hailed from Anwara upazila of Chattogram district, found that she was infected with the disease from her husband while he visiting the country a year ago last.

It was mentioned that Shanu’s husband has been living abroad for long. He returns home after two to three years and then stay for at least three to four months here.

Shanu’s doctor advised her to contact with another doctor at the Chattogram Medical College Hospital (CMCH) while she was consulting with her to know the recent development of her health. Under the supervision of the doctors in CMCH, Shanu gave birth to a healthy child.

Like Shanu, there are 17 more HIV infected women who gave birth to healthy children in recent times and all of those children are now in good condition.

Head of the Department of Gynecology at the CMCH and the focal point of a project Dr Shahanara Chowdhury said, “Regular check-ups have been conducted upon those babies (born from the wombs of HIV infected women) after their births and all of them are in a pretty good condition.”

“Since 2013, the Prevention of Mother to Child Transmission (PMTCT) service is under operation at this hospital to prevent transmission of HIV virus from mother to child,” she informed, adding that a total of 56,445 pregnant women, so far, received this service free of cost.

Dr Shahanara said an HIV virus infected individual can survive for a long time through taking proper treatment but the infected person would have to lead a disciplined life. “But, at present, many now term the HIV virus as not a life threatening disease rather a curable disease.”

She said usually an expected mother undergoes six medical tests, but now a pregnant woman undergoes seven medical tests including the test on HIV so that the new born babies are not infected with the disease.

Shahanara said a man at Raozan under Chattogram district was first diagnosed with HIV in 1994. But, he is still alive in his second stage of the disease and still there are five more stages of this disease left. “Like him, many are still enjoying a sound life through taking proper treatment after being infected with HIV virus.”

She said almost 95 percent of the HIV patients in Chattogram were expatriates and they are increasing the risk of getting infected with HIV virus among other people. “The case is also the same in Sylhet as the district is also at high risk of witnessing more HIV infected patients considering its huge expatriates.”

Shahanara also opined that if more awareness could be built among the expatriates as well as among common people including the sex workers and the drug addicts with HIV positive, then it is very much possible of reducing the risk of getting more people infected with the virus.

Renowned gynecologist Dr Monowara Haque said currently many women are diagnosed with HIV virus during their pregnancy period as their husbands largely live in abroad.