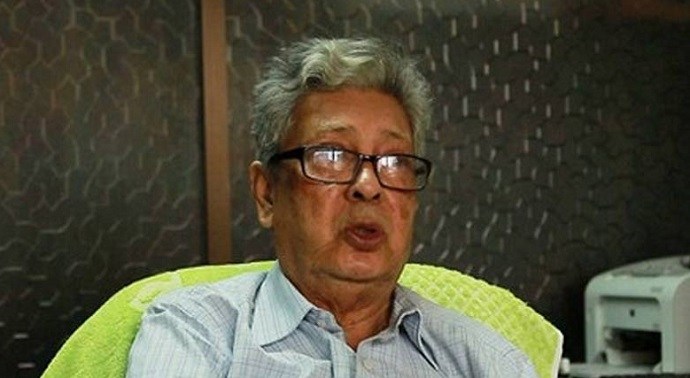 Renowned academic Professor Ajoy Roy passed away in a city hospital on Monday afternoon. He was 85.

The father of slain blogger Avijit Roy breathed his last at around 12:35pm while undergoing treatment at BIRDEM hospital in the capital.

Roy was admitted to the hospital with fever and breathing problem on November 25 and breathed his last at 12:35 pm at the Intensive Care Unit of the hospital, said Dr Ariful Haque, duty officer of the ICU.

He was also editor in chief of Muktanwesa magazine, a Bengali publication for promoting freethinking and secular humanism and member of advisory board of the Mukto-Mona, an internet forum of freethinkers, atheists.

In 2012, he received EkusheyPadak, the highest civilian award of Bangladesh.

Born in Dinajpur, Roy received his Bachelor's degree and master's degree from Dhaka University, and took his Doctor of Philosophy degree in physical chemistry from Leeds University of England.

His only son Avijit Roy was hacked to death by machete-wielding assailants near TSC on Dhaka University campus on 26 February,  2015.