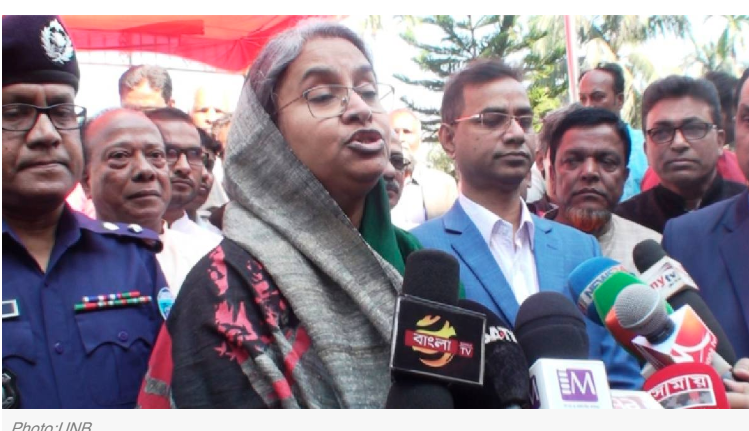 Taking a swipe at pro-BNP lawyers for creating chaos at the Supreme Court during the hearing of a bail petition of BNP Chairperson Khaleda Zia, Education Minister Dr Dipu Moni on Friday said they have once again proved through their behaviour that BNP is a component of the anti-liberation clique.

“This kind of behaviour is nothing new for BNP. They earlier brought out processions on the court premises and kicked at the door of the then chief justice,” she said while talking to reporters at the Chandpur Circuit House.

Dipu Moni, also joint general secretary of Awami League, said BNP does not believe in parliament and the law of Bangladesh.

The judicial activities at the Appellate Division remained halted for three hours on Thursday morning amid chaos by pro-BNP lawyers demanding that hearing on the bail petition of the BNP chief in Zia Charitable Trust graft case be held on Thursday.

The pro-BNP lawyers started demonstrations when the Appellate Division deferred the hearing until December 12 as the medical team failed to submit its report on Khaleda’s health.

Protesting the deferment of the hearing, some 200 pro-BNP lawyers entered the courtroom around 10:30am and created a chaotic situation, forcing judges of the six-member Appellate Division bench to leave the courtroom ahead of the regular break.