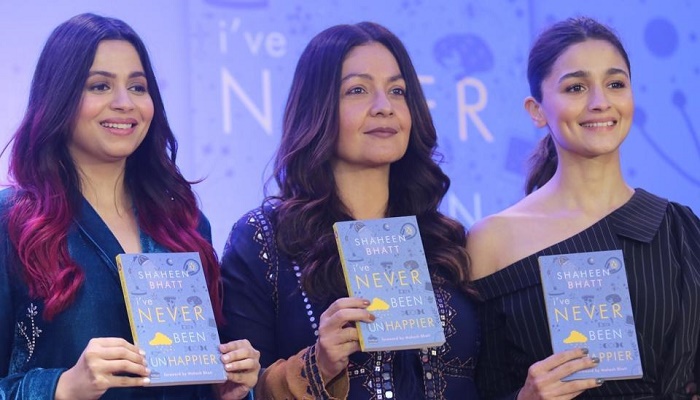 Bollywood actor-filmmaker Pooja Bhatt, who has battled with alcoholism in the past, says there is a fallacy that depression is a rich people’s disease. She added that people need to discuss depression with family, reports Hindustan Times.

The Bhatt family recently came out in support for Pooja’s half-sister Shaheen, who has written a memoir about her struggles with depression titled, I’ve Never Been (Un) Happier.

Spotted at an event on Tuesday were Shaheen’s sister, actor Alia Bhatt, mother Soni Razdan, father Mahesh Bhatt and Pooja among others. “I think we should never ask somebody why they are depressed. There is a fallacy that it’s a rich people’s disease and people often say that you have the luxury of being depressed. The misconception needs to be erased,” said Pooja.

Talking about Shaheen, Pooja said: “Shaheen has always been somebody ‘from the time she was a child’ who looked at life very intensely. She always kind of heard more, saw more and frivolity of life did not appease her, so if she feels this way it’s because there is something wrong with world and you can’t fix it.” Pooja also spoke about her alcoholism stint. “I used to drink because if you can’t fix the world you need to mum yourself, so the thing is I feel that we need to talk more, share more and we need to judge less. That’s very important,” she said.

Alia Bhatt couldn’t control her tears while listening to mom Soni Razdan who read an excerpt from Shaheen’s book.