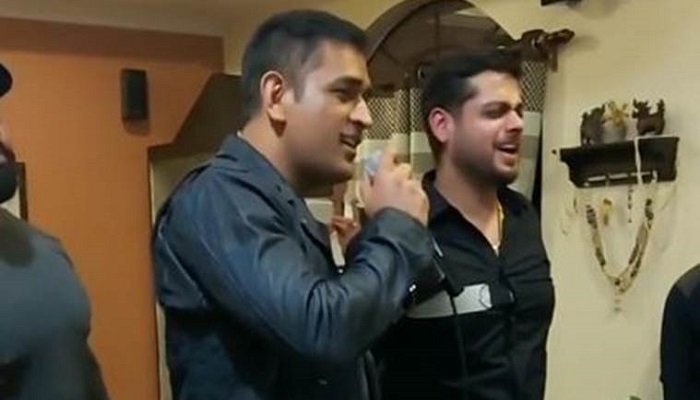 MS Dhoni has been seen in many avatars but a video of him singing an old Bollywood song that has surfaced on social media shows him in a brand new one.

Dhoni is seen singing the song – ‘Jab Koi Baat Bigad Jaye’ – a song from the 1990 Bollywood film ‘Jurm’ at a private karaoke event.

Seen by his side is Monu Singh, a fast bowler who plays for Jharkhand and Chennai Super Kings.

Fans have praised the former India captain’s effort at the mic. “Is there anything he can’t do?” read one comment on the post. “Not melodious but his voice is simple and true,” went another.

Dhoni has been away from professional sports since the ODI World Cup earlier this year.

He was seen training with Jharkhand’s under-23 team in Ranchi some days ago, triggering speculations of a possible comeback.

Dhoni, who last played against New Zealand in the World Cup, missed out on the tour to West Indies and the home series against South Africa and Bangladesh. He will also skip the upcoming white-ball assignment against West Indies at home, which starts from December 6.