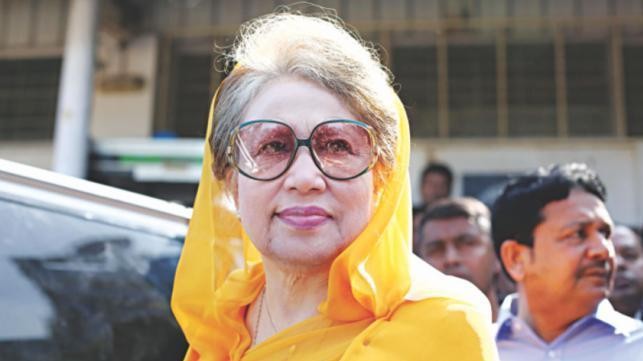 A Dhaka court on Tuesday set December 29 to hold hearing on charge framing in a case against Begum Khaleda Zia for making alleged derogatory remarks about Bangabandhu Sheikh Mujibur Rahman and the present government.

The hearing of this case would be held at makeshift court raised in front of Keraniganj Central Jail.

The court on March 20 issued warrant to arrest BNP Chairperson Begum Khaleda Zia as Jananetri Parishad president AB Siddiqui filed the case against Khaleda on January 25, 2017, for making those alleged derogatory remarks at a rally at capital’s Engineering Institute on December 31, 2016.

After recording statement of the plaintiff, the court had asked the Shahbagh Police Station authorities submit a report in this regard.