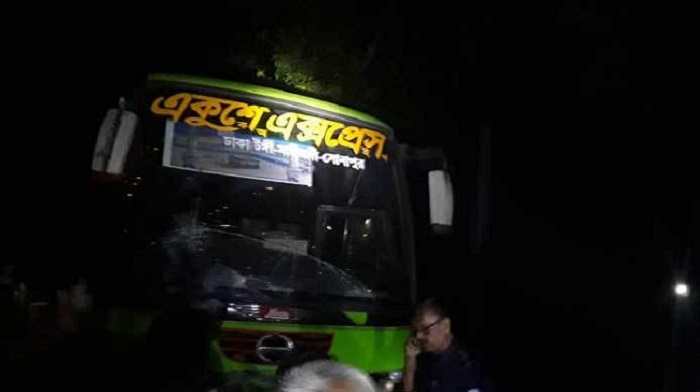 Three young men were killed as a passenger bus crashed their motorcycle on Sunday night in Sonaimuri of Noakhali.

The deceased were identified as Harun, 22, Javed Hossain, 20, and Tipu 20, all are from Alipur of Begumganj.

Locals said riding on a motorcycle, three young men, the victims, were going to Somaimuri Bazar through Dhaka-Noakhali regional highway. A Sonapur bound passenger bus of Ekushey Paribahan, coming from Dhaka, collided the motorbike head-on and crashed it near Apania Bazar. Three riders of the motorcycle died on the spot.