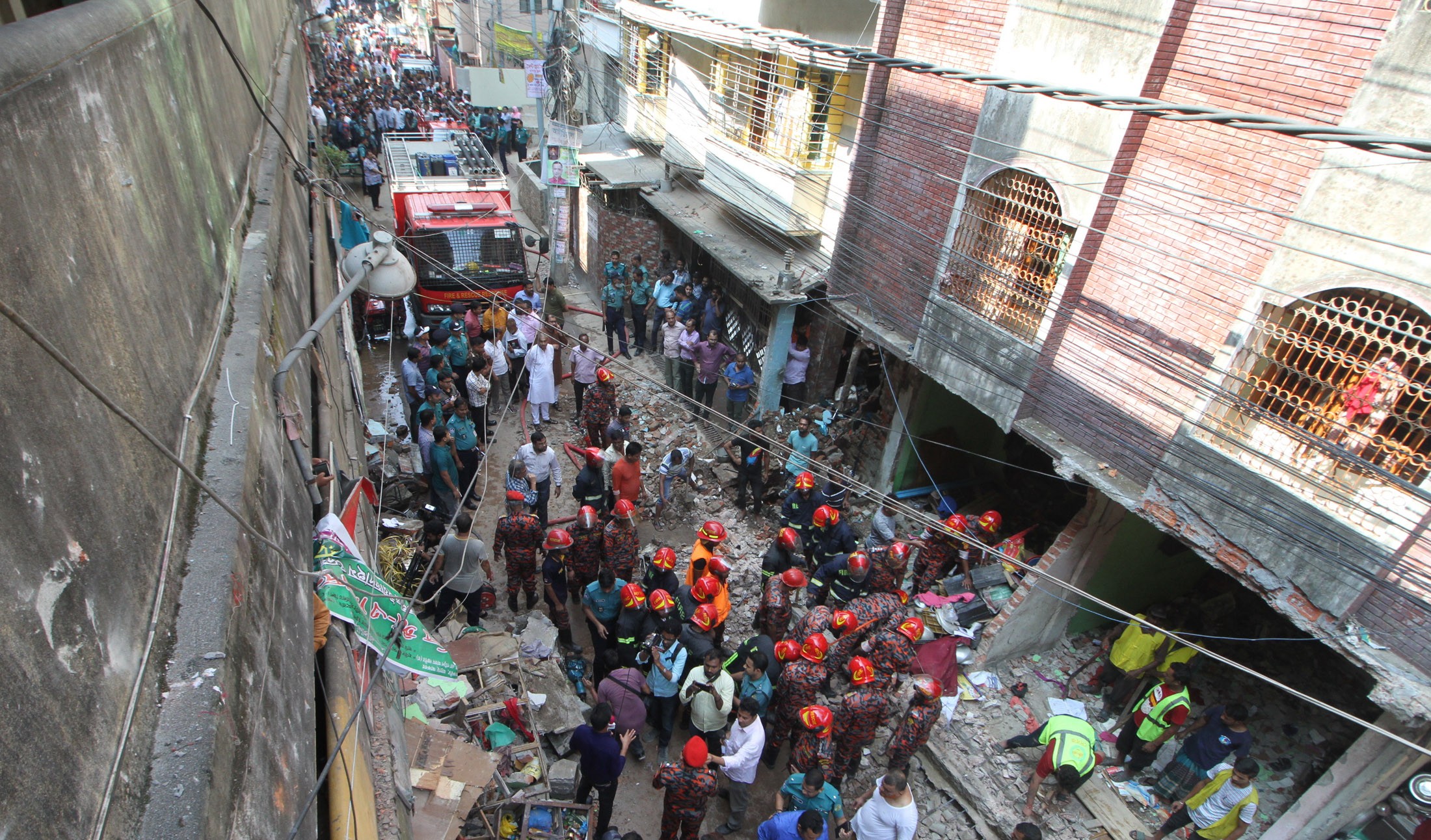 The district administration formed a five-member committee to investigate into the gas pipeline blast in Patharghata area of Chattogram city which left seven people dead and 15 others injured.

Additional District Magistrate AZM Shariful Hossain will be leading the committee and will report within seven working days.

Deputy Commissioner of the district Md Elias Hossain who visited the spot in the morning said a representative of the Fire Service, Chittagong City Corporation and Chittagong Development Authority each was also included in the committee.

While visiting the spot, mayor of Chattogram City Corporation AJM Nasir Uddin said the city corporation will form a separate committee soon to investigate the matter.

The CCC and DC offices will jointly provide Tk 20,000 to the families of the deceased immediately.