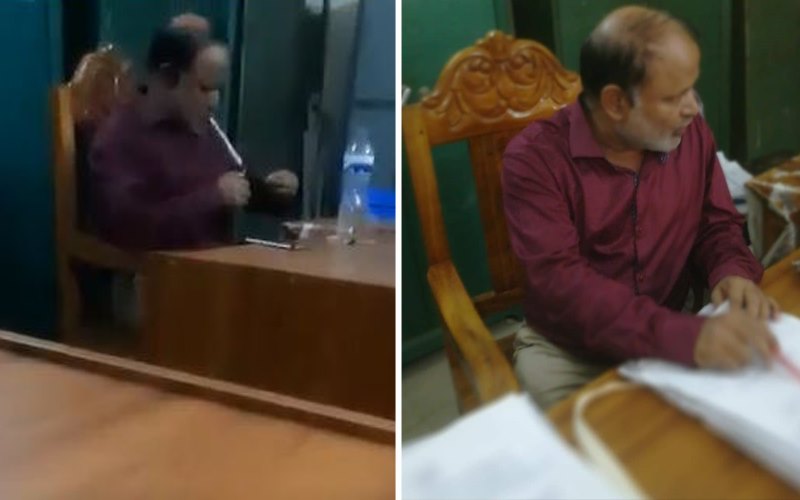 A video of taking Yaba pill by an on duty government employee at his office went viral on social media.

The officer is identified as Samir Kumar Chakrobarty, chief assistant-cum-accountant of the assistant commissioner (land) office in Phulpur upazila of Mymensingh.

The video shows, Samir was sitting in the chair and his assistant brought some Yaba for him. Then he took the contraband pill in the office.

Earlier, the service seekers in the office raised several allegations against Samir Kumar which include taking drugs in office, misbehaving with people and forcing people for bribe.

On the basis of the accusations, Sadhon Chandra Sutradhar, deputy assistant director of Anti-Corruption Commission (ACC) in Mymensingh district, conducted a raid in the office on Wednesday and found the allegations true.

While contacted for comment over the allegations, Samir Kumar Chakrobarty did not receive the phone calls though it rang several times.