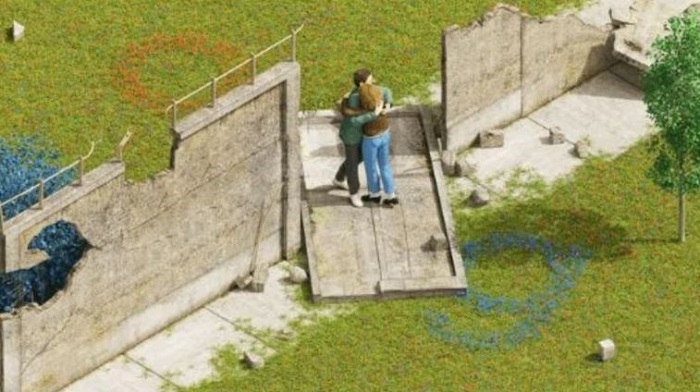 Google is celebrating the 30th anniversary of the fall of the Berlin Wall with a doodle that captures the essence of the end of the peaceful revolution.

The revolution signalled the simultaneous end of the Cold War and the beginning of German reunification.

Berlin-based guest artist Max Guther said he was honoured to have worked on the subject and drew inspiration for the artwork from stories and old photographs of his parents who were in Berlin 30 years ago and witnessed the fall of the Berlin Wall, according to Google.

"I hope that people start fighting border walls all over the world, helping people living in divided or separated countries, and giving refuge to those fleeing their home countries because they have no choice," Max Guther said.

The 27-year-old illustrator said the fall of the Berlin wall deeply impacted not only him but all Germans and Europeans. "I don''t belong to the generation that witnessed the birth of this historic anniversary, but the reunion on this day will always continue," he said.

The doodle depicts a couple embracing in the middle of a wall that has been pulled down in the middle. "Tor auf!" (Open the gate!) roared the crowds gathered at the Berlin Wall on this evening in 1989.

"During a government press conference, an official spokesman''s hasty statement gave reporters and TV viewers the mistaken impression that East Germany would be allowing free travel between East and West Berlin. Within hours, a massive crowd gathered at the wall, far outnumbering the border crossing guards. Sometime before midnight, the officer in charge of the Bornholmer Street checkpoint defied his superiors and gave the order to open the gate," Google said.

Word spread quickly, and over the next few days, two million jubilant Germans crossed the border, some singing, dancing, and toasting the start of a new era while others began physically dismantling the wall.

Erected on August 13, 1961, the barbed wire and concrete edifice had long divided East and West Berlin. By the same token, its demolition triggered a series of events that led to the reunion of the Federal Republic of Germany and the German Democratic Republic.