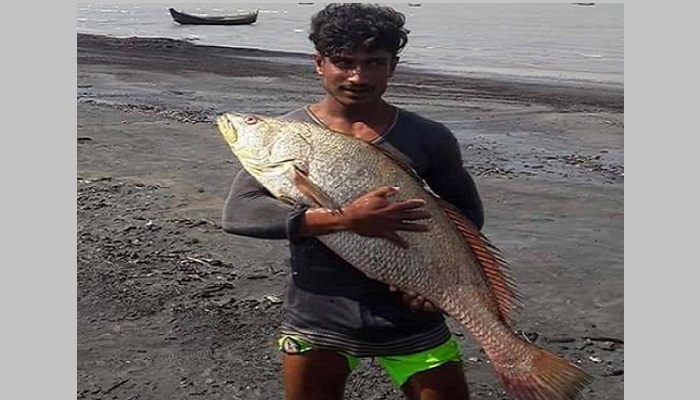 A fisherman of Kutubdia upazila became a millionaire overnight as he was lucky enough to catch 81 giant Poa fish and sold them for Tk 40 lakh (4 million).

The fortunate fisherman is Jamal Uddin, son of late Mohammad Hossain of Shairardail of Matharbari in Kutubdia upazila of Cox’s Bazar district.

The fisherman Jamal said he set his fishing net in the Kutubdia Channel on Tuesday night. When he went to take back the net on Wednesday morning, he found it too heavy.

As Jamal pulled the net in with the help of others, he found a total of 81 Poa fish, each weighing 17kg-25kg, got caught in the net.

Locals said Poa fish of such big size were never caught in the channel in the past.