US troops from Syria to leave Iraq in 4 weeks 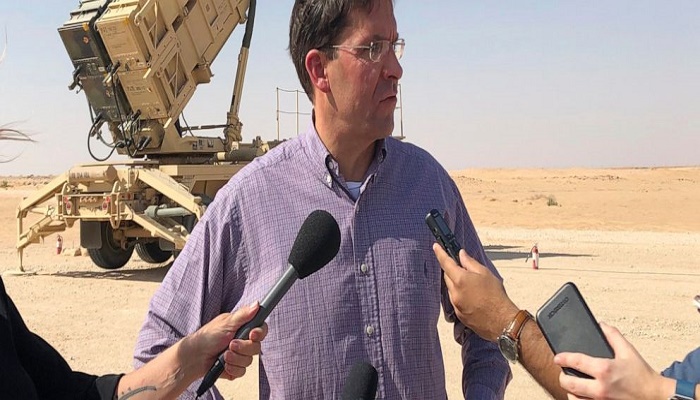 Iraq's defense minister has said after meeting US Defense Secretary Mark Esper that American forces withdrawing from Syria to Iraq will leave the country within four weeks.

Defense Minister Najah al-Shammari made the remarks to The Associated Press on Wednesday, following a meeting with Esper, who arrived in Baghdad a day to discuss the troops, reports AP.

He says that the American troops crossing from Syria are "transiting" in Iraq and will then head either to Kuwait, Qatar or the United States, reports AP.

Iraq's military said Tuesday that American troops leaving northeastern Syria don't have permission to stay in Iraq in a statement that appeared to contradict Esper, who has said that all US troops leaving Syria would continue to conduct operations against the Islamic State group from Iraq to prevent its resurgence in the region.

Esper had said earlier on Wednesday that he plans to talk with Iraqi leaders about the matter.