Neha Kakkar forcibly kissed by a contestant on Indian Idol 11 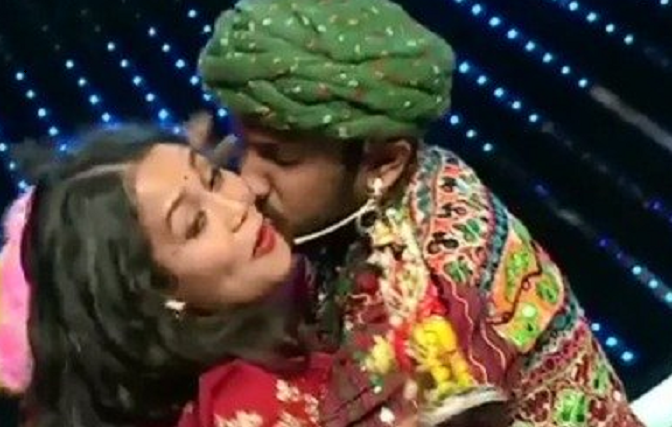 Neha Kakkar, who features as one of the judges on the singing reality show Indian Idol 11, was forcibly kissed by one the contestants during the audition round of the show. The 31-year-old singer, who judges the reality show along with singer-composer Anu Malik and composer-singer Vishal Dadlani, was shocked when one of the contestants forcibly planted a kiss on her cheeks when she met him on the stage. In a snippet from a promo video shared by Sony TV, the contestant could be seen asking the singer if she recognises him, Neha tried to recall if she has met him before and agrees to accept the gifts from him. However, when she moved towards him to hug him, the contestant forcibly planted a kiss on her cheek. Ms Kakkar, who was reasonably upset with the contestant's behavior, moved away from him. The contestant was immediately stopped by the show's host Aditya Narayan for his misbehavior.

This is Neha Kakkar's second season as a judge on Indian Idol. She was on the judges panel on the show last year as well. Ms Kakkar, a popular playback singer, stepped into the Indian music industry by participating in the singing reality show Indian Idol 2 in the year 2006. In 2008, she appeared as a contestant in Jo Jeeta Wohi Super Star - Season 1.

Neha Kakar is best-known for singing tracks such as Dilbar redux, Manali Trance, Kala Chashma, Aankh Mare redux from Simmba among many others. Other than Indian Idol, Neha Kakkar appeared as a judge on the singing reality show Sa Re Ga Ma Pa L'il Champs.