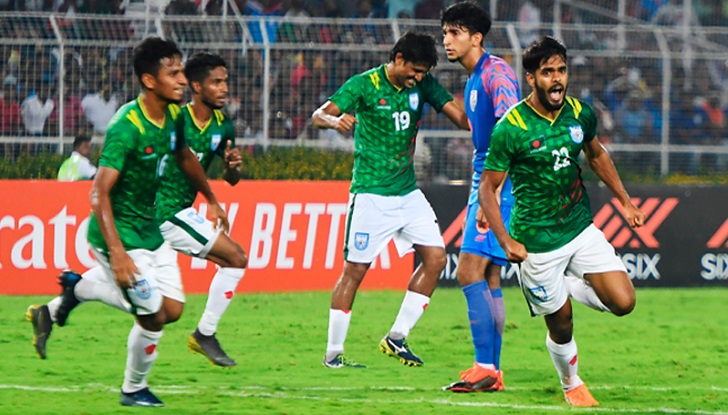 Although Bangladesh national football team were denied a win due to a late goal from India, Bangladesh ODI captain Mashrafe Bin Mortaza and wicket-keeper batsman Mushfiqur Rahim were proud of the efforts the footballers showed yesterday (Tuesday).

The footballers demonstrated an indomitable spirit in the 2022 World Cup qualifying match against India at the Salt Lake Stadium in Kolkata yesterday.

Mashrafe wrote on his official Facebook: “Well done, Boys. Still proud of you despite conceding a last minute goal. Let’s keep our head high and looking forward to the next match.”

Mushfiqur posted the picture of the starting eleven and captioned it with “Hard luck for the boys. Proud of the effort and determination. Next time in Sha Allah. Always have the support.”