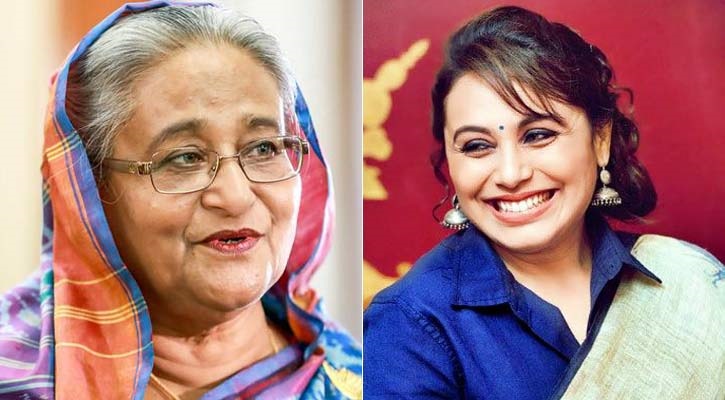 Prime Minister (PM) Sheikh Hasina has recently returned home after completing her three-day India visit. Her tour to India is remarkable in many ways.

Indian actress Rani Mukherjee has praised the Bangladesh PM’s personality and her speech delivered in Delhi. She has also become charmed over the skill of speaking Hindi by the PM.

She took to social media platform Facebook to express her enticement. The Bengali actress of Bollywood mentioned the leadership skill of PM Sheikh Hasina and the development of Bangladesh through a post. She also termed Sheikh Hasina as the ‘Great Leader of Asia’. Besides, the popular actress calls Sheikh Hasina as mother.

Rani participated in the ceremony of ‘Hasina-Modi meeting’ as a representative of Yash Raj Films.

She also conveyed best wishes for the upcoming film titled ‘Bangabandhu’, a joint production of Bangladesh and India through the post.