Leg spinners, 140-plus pacers made mandatory in BPL 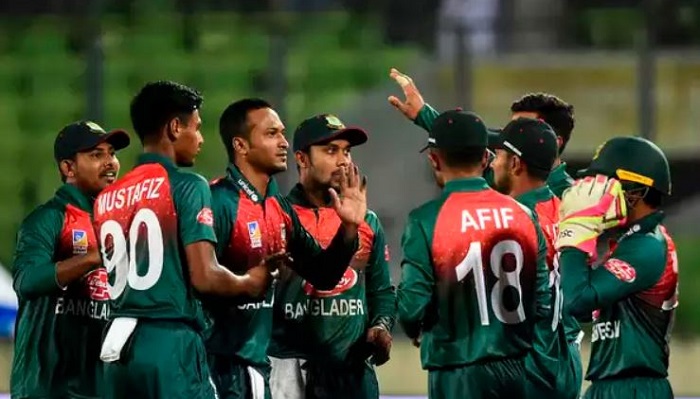 It has been made mandatory that every team in the Bangladesh Premier League should include a fast bowler who can bowl in excess of 140 kmph and a legspinner.

This decision has been made by the Bangladesh Cricket Board with an eye on expanding the national pool of players.

''We had made some rules and regulations for each teams participating in the tournament. The theme of BPL is clear that we want to bring out players from this tournament. The significance of the tournament will be lesser if Bangladeshi players cannot bowl or bat in the right position,'' BPL governing council member Mahbub Anam said.

''We are looking for leg spinners. When a franchise came into a tournament they are more interested in winning and as a result in some areas we are lacking in the national team. So we have taken suggestions from the national team and they insisted they need leg spinners and so we have decided that every team will have to play a leg spinner and he have to complete his four-over quota and that will also ensure that he is playing in the best XI,'' he added.

''And we want that international fast bowlers who bowl around 140 kmp because we want to grow our players through this balancing act,'' he said ''We want to make sure that our batsmen and bowlers get enough opportunities [against quicks and legspinners], something that was not possible when it was a franchise-based BPL," he said.

Mahbub added that each team will have one director leading the sides and that there has been considerable interest amongst foreign coaches to be part of the BPL. Each team will have an overseas physiotherapist and trainer and local coaches can only work as assistants to the head coaches in the upcoming edition.

The tournament though might be delayed by a couple of days as they are waiting to see the outcome of the series against Pakistan. Bangladesh is scheduled to tour Pakistan for a two-match Test series and a three-match T20I series in January-February 2020, though the series will go ahead subject to security assessment. According to BCB sources they are taking this extra time so that they can complete all the work that is needed to be done to hold the tournament apart from seeing the outcome of the Pakistan tour.

The next BPL meeting will also see the announcement of the players draft for the tournament.