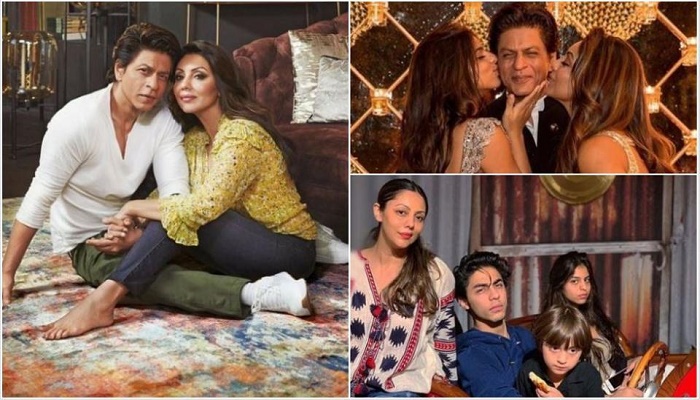 Popularly called the first lady of Bollywood, Gauri will surely celebrate her birthday with friends and family but to get the celebrations started, reports Hindustan Times.

Shah Rukh met Gauri at a party when he was 18 and she was 14. He fell for her right then, reports Hindustan Times.

Anupama Chopra wrote in her book King of Bollywood: Shah Rukh Khan and the Seductive World of Indian Cinema that the two spent their first meeting sitting by the pool, ‘sipping colas’. The two were in a relationship for a few years and married according to Hindu rituals in 1991.

They moved to Mumbai soon after the wedding where Shah Rukh pursued his career in films. The couple welcomed their first child, son Aryan in 1997, almost six years after their marriage. The also became parents to daughter Suhana in 2000 and second son AbRam in 2013. He was born via a surrogate.

“He is the best husband and father I could ever ask for. I always say that I am so fortunate to be with Shah Rukh Khan, the man. I don’t come from a space where I gush and praise—the world is doing enough of that. I like to keep my love for him private and inside the doors of Mannat,” she told Vogue in an interview.

In another interview to IANS, she said she loves Shah Rukh for who he is and ignore his flaws. “I think because of who he is, there are a lot of positives. I only take the positives and I don’t take the negatives.”

Gauri and Shah Rukh not enjoy the good time together but also when the going gets tough.