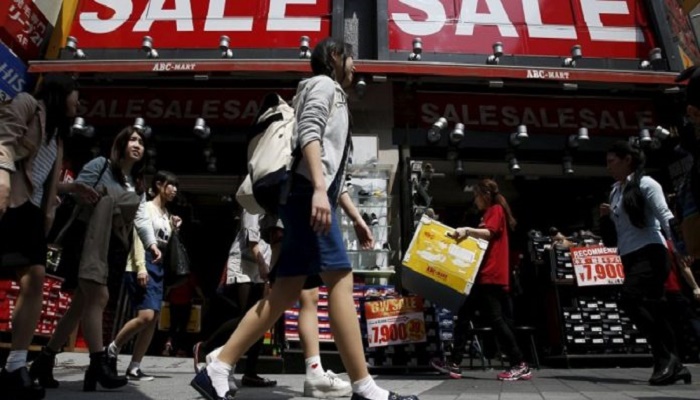 The central bank’s September Tankan report — a quarterly survey of about 10,000 companies — showed a reading of 5 among major manufacturers, a slight fall from 7 in the previous quarter, but above a market consensus of a 1 reading.

The Tankan report, the broadest indicator of how Japan Inc. is faring, marks the difference between the percentage of firms that are upbeat and those that see conditions as unfavourable.

Economists have warned worries over US-China trade frictions are forcing manufacturers to refrain from active investment.

A higher yen against the dollar is also weighing on business sentiment, they said.

A long-planned sales tax hike to 10 percent, from eight, on Tuesday, could also weigh on growth, they said.

The index for non-manufacturers fell to 21 from 23 in the previous quarter.

Japan’s economy grew 0.3 percent in the second quarter to June from the previous quarter, the third straight period of expansion.

But analysts have warned that US-led trade wars could be a major risk factor for the Japanese still struggling to win a long battle against deflation.