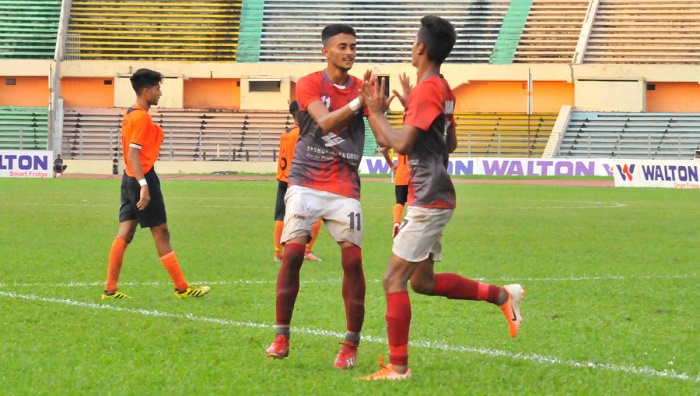 Bashundhara Kings reached semis eliminating Brothers Union Club by 3-2 goals in the first quarter-final of the Walton Under-18 Football Tournament on Friday at the Bangabandhu National Stadium in the capital.

Sabbir scored twice in the 46th, 75th minutes and Rahan Bepari scored one goal in the 33rd minute for Bashundhara.

On the other hand, Habibur Rahman and Rasel scored one goal each for Brothers Union Club in the 11th and 21st minute respectively.

In the remaining quarter-final matches, Arambagh KS will play NoFel SC on Saturday, Dhaka Abahani to play Chattogram Abahani on Sunday and Saif SC to take on Sheikh Jamal DC on Monday.