I want to be a team man rather than individual: Mahmudullah 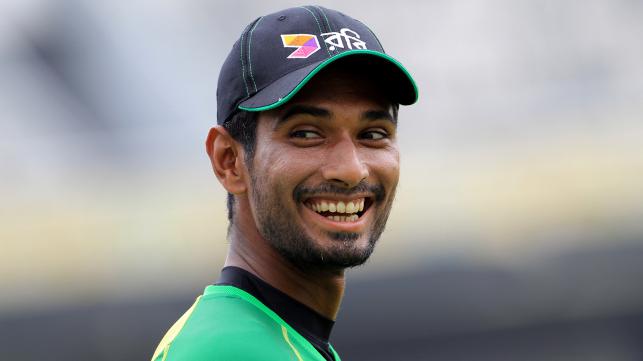 While his batting position always looked debatable given his utility as a batsman, Bangladesh all-rounder Mahmudullah Riyad poured cold water on it, stating that he is happy to bat any position the team management wants him to do.

Having said this, he revealed that, he wants to be a team man rather than an individual person.

“I always try to give my best effort in whatever position I bat. At the end of the day, it’s the decision of the team management that in which position I would bat. I want to be a team man rather an individual person.

“I always believe that and I am not so worried with my batting position. Yes it would have been good should I bat at higher position and if that opportunity comes, I will try to utilize it properly.”

At the same time, Mahmudullah is desperate to resume his bowling as he thinks that the bowling would give him extra boost in batting, which has not been up to the mark since the 2019 World Cup.

Mahmudullah suffered a shoulder injury during Bangladesh series against New Zealand in February this year after which he was forbidden from bowling.

He played as specialist batsman in the tri-nation series in Ireland, in World Cup and latest in three-match ODI series against Sri Lanka. As a senior player, in those three tournaments, his batting performance was not something the team management expected.

He however started bowling practice on Sunday at the National Academy Ground in Mirpur in his bid to resume his bowling in International cricket. After delivering six odd overs without any discomfort, Mahmudullah believes he is ready to resume the bowling again.

“Bowling is the big part of my game,” Mahmudullah said here on Sunday. “I have been missing bowling in International cricket since it has always given me confidence in batting.

“Because I think if I can’t do bat well in any match, I can compensate with my bowling. Hopefully I can resume my bowling in the next one-off Test series against Afghanistan.”

“By the grace of Allah, I am now hundred percent fit. The pain in calf muscle has been decreased considerably. I did some running yesterday and it’s all good. Physio and doctors also took some test and they found no problem.”

But his focus is not only on bowling, he also mulls working with fitness as the long cricket season is coming.

“We were in a break in some days. I am now focusing on to work with my fitness in the coming days. There is a Test against Afghanistan and a tri-nation T20 series. Basically we’ll play T20 matches more. So we have to focus on in T20 mode also.”