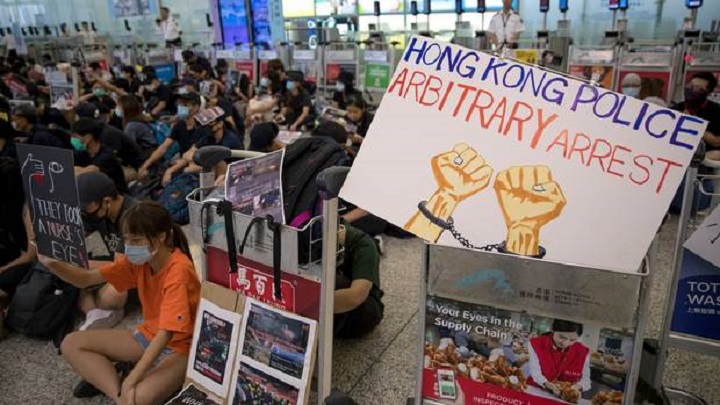 The European Union on Saturday called for "inclusive dialogue" to calm tensions in Hong Kong, where ten weeks of protests have plunged the city into crisis and prompted mainland China to take a more hardline tone.

"It is crucial that restraint be exercised, violence rejected, and urgent steps taken to de-escalate the situation," EU diplomatic chief Federica Mogherini said in a statement.

"Engagement in a process of broad-based and inclusive dialogue, involving all key stakeholders, is essential."

The statement came as Hong Kong democracy activists kicked off new round of protests that began over a plan to allow extraditions to mainland China but have widened into a broader call for more rights in the semi-autonomous city.

Millions of people have hit the streets while clashes have broken out between police and small groups of hardcore protesters.

"For the last two months, large numbers of citizens have been exercising their fundamental right of assembly," the EU diplomatic chief said.

"However, there has recently been a rising number of unacceptable violent incidents, with risks of further violence and instability."