Phone lines in Kashmir back over weekend, Schools next week 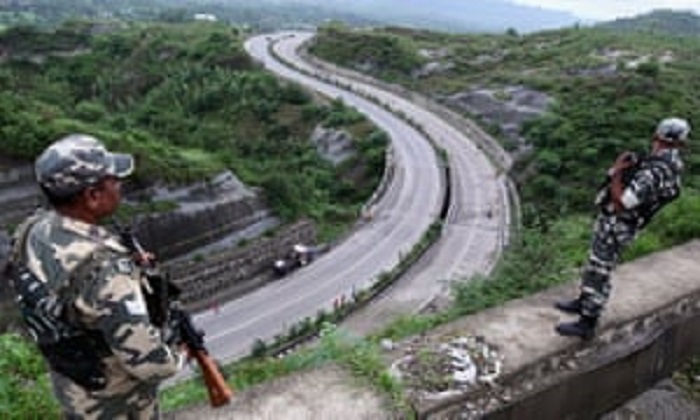 The government offices in Jammu and Kashmir have become fully functional, the state's Chief Secretary BVR Subrahmanyam said today in a press conference, listing measures taken by the administration to ease the restrictions imposed after the centre ended special status to the state. He further said that schools will reopen from next week "area wise" and telecom services will be restored in a phased manner.

"After today's Friday prayers, there would be an easing of restrictions in the next few days in an orderly manner. Schools will be opened after the weekend, area wise, so that children's studies do not suffer," he said.

"Government offices have been made fully functional from today," he added.

Mr Subrahmanyam, in response to a question on restoring of landline telephones, said: "Exchange by exchange they will be switching it on."

"Over the weekend, you'll have most of these lines functional."

Referring to the Kashmir leaders placed under preventive custody, he said the decisions will be taken based on law and order assessments.

"Preventive detentions are being continuously reviewed and appropriate decisions will be made based on law and order assessments," he said.

The centre today told the Supreme Court that the ground situation was being reviewed daily.

Kashmir Times executive editor Anuradha Bhasin has sought directions for the immediate restoration of communication lines so that the media can function freely in the region. She also pushed for the centre to relax all restrictions on the movement of mediapersons in Kashmir and some districts of Jammu.

"I have read in the media report that restrictions on landline and broadline are likely to be removed by the evening today," Chief Justice of India Ranjan Gogoi said.

The government's lawyer KK Venugopal said the newspaper is being published from Jammu where the curbs have been lifted and not from Srinagar.

The Supreme Court said it will take up the matter on media restrictions along with other related matters, without fixing a date for the next hearing.

Jammu and Kashmir has been under an unprecedented security cover and prohibitory orders banning large gatherings since August 4 - a day before the government announced that it has withdrawn special status for the state and will bifurcate it into two union territories. While the police said on Wednesday that the curbs in Jammu were completely removed, it said the restrictions in Kashmir will continue "for sometime".

As part of a complete communications blackout, phone services and internet connections remain suspended in the Kashmir Valley and curfew-like restrictions are in place.

The newspaper's editor claimed that she has not been able to publish the local edition of Kashmir Times because of the overarching restrictions on communication services as well as the blockade on media activities.

Almost 400 political leaders of the Kashmir Valley are under detention. Two former Chief Ministers - Mehbooba Mufti and Omar Abdullah - are among those who have been arrested.