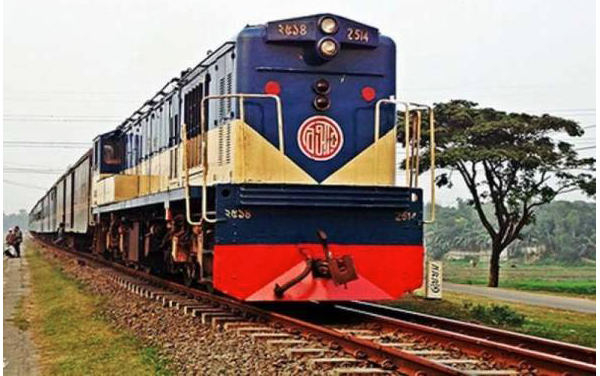 Of the total earning, Taka 374.77 crore was earned by selling tickets to passengers while Taka 143.13 crore from goods and other parcels
transportation, railway sources said.

Ahsan Ullah Bhuiyan, Additional Chief Operating Superintendent, said the revenue earning could be enhanced to a greater extent if the stations which remain dysfunctional are re-launched as early as possible.

There are 76 out of total 238 stations remained inoperative for long due to various problems including shortage of stationmasters, points man,
shunting man, booking clerk and other necessary staffs.

Modernizing signaling, interlocking and telecom systems and up gradation of locomotives, coaches and other rolling stocks are being maintained which help earn revenue, he said.

The modern system has ensured security to train operation with boosting its operational facilities on the vital route.

Shah Nawaz, Chief Commercial Manager of the west zone, said the zone, covering Rajshahi, Rangpur and Khulna divisions, has been operating 159 trains, including 50 intercity and some inter-country ones, on different routes, including the capital city of Dhaka and Kolkata of India at present.

Forty-six locals or shuttle and sixty-three commuter or mail trains are also being operated on various routes which are very popular among the
passengers, he added.

Considering the benefit of the passengers in general, he said 31 major stations have been brought under the modern computerized seat reservation and ticketing system.

Some of those including Rajshahi have launched ticket selling and seat reservation through online system, he added.

Khandakar Shahidul Islam, General Manager of the zone, said many of the non-functioning stations are expected to be functional when the process of manpower recruitment will be completed.

A non-stop intercity train has been launched for the first time on Dhaka- Chapainawabgonj route last month for benefit of the passengers, he said.

The zone has also launched ‘Tungipara Express’ train on Rajshahi-Gopalganj route with another train ‘Pabna Express’ from Rajshahi to Pabna via Ishwardi bypass for the first time for convenience of passengers.