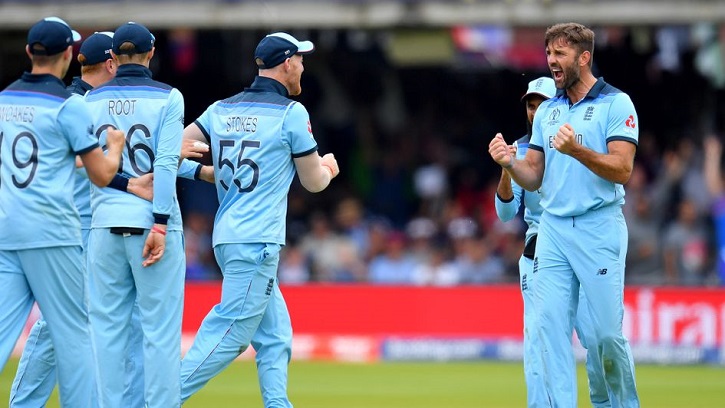 Jos Buttler said nothing would faze him again after his key role in England's unforgettable World Cup triumph at Lord's.

Buttler was in the thick of things on Sunday as England's 44-year wait for the sport's biggest trophy ended in the most dramatic way imaginable against New Zealand.

He made a crucial 59 as the game was tied in a frantic finale and then renewed his partnership with man-of-the-match Ben Stokes during the Super Over shootout.

Wicketkeeper Buttler hit the last of Trent Boult's six balls for four as the hosts posted 15, then took up his place behind the stumps.

Buttler combined with Jason Roy to run out Martin Guptill off the final ball of New Zealand's Super Over, meaning that although the scores were level, England won because they had hit more boundaries in the match.

"I can't believe what has happened but it's nice to wake up and know it did," he said.

England have risen to the top of the one-day international rankings since a dismal early exit at the 2015 World Cup and their triumph is the culmination of a four-year project.

"We were laughing about the fact that four years of work came down to one ball," said Buttler.

"Four years and then it's one ball... can we get a run-out? It justifies everything we have done for four years to get to this point. It's an incredible journey.

"At the end I remember that 10 seconds of just running around, the atmosphere is something that will live with me forever.

"It's all right when you're in the middle because it's what you know -- catch a ball, smash the stumps -- but the consequences are obviously quite a lot larger."