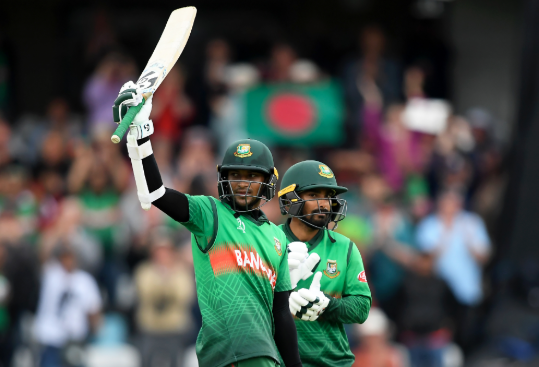 Selectors of Bangladesh Cricket Board (BCB) were facing difficulties to find out replacements for Shakib Al Hasan and Liton Das as both of the players will not be available in Bangladesh’s upcoming Sri Lanka tour for three-match One-day International series.

Shakib unofficially informed the board that he needs rest for few days to perform the holy Hajj this year. And Liton asked for a leave till July 5 for his marriage formalities. The right-handed batsman is expected to get married on July 28.

It is always a tough task for the selectors to name a replacement for Shakib and getting him in the squad means Bangladesh can afford an extra batsman or bowler.

However, Nazmul Islam Apu and Taijul Islam are the possible candidate to replace Shakib in the Sri Lanka tour. Taijul might take precedence as Nazmul is out of action for a long time now.

Currently, Taijul has been playing for BCB XI in the Dr (Capt) K Thimmappaiah Memorial Cricket Tournament in India.

To replace Liton, BCB might call up Imrul Kayes or Anamul Haque Bijoy who are currently busy playing for Bangladesh A against Afghanistan A.

The series was uncertain due to the security concern in Sri Lanka where a massive terror attack took place in April that left 300 people dead. However, after a recent security measurement, BCB got a green signal from the government to continue with the Sri Lanka tour.