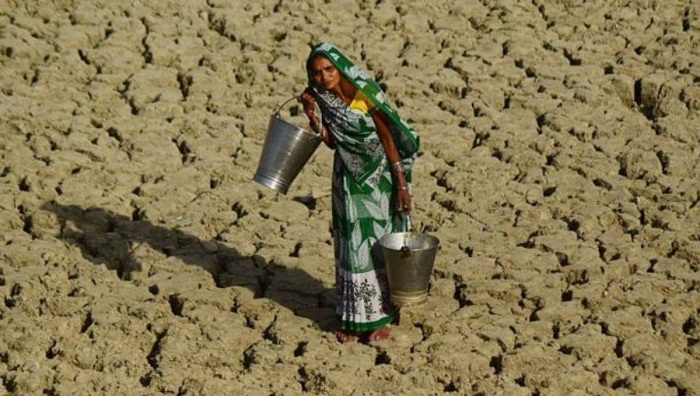 Holding developed world responsible for much of the effects of climate change, Environment Minister Prakash Javadekar Friday asserted India will not bow down to any international pressure on the issue and safeguard its own interest first, reports NDTV.

The minister blamed the developed countries for not keeping up to their commitment of providing USD 100 billion and technology transfer collectively to developing countries like India for dealing with climate change.

Replying to a calling attention notice on "situation arising out of climate change in the country and steps taken by the government in regard thereto" in Rajya Sabha, the minister said, "It is true that developed world is responsible for most of the climate change situation today."

Elaborating, he said, "Over 70 per cent of the greenhouse gases emission was due to the developed countries while India's contribution is just three per cent. There was over consumption by the people in the developed word."

The minister said India did not sit on the back benches during Paris Climate Summit in 2015 and rather led from the front and inked the important agreement.

Under the COP21 Paris agreement, India has committed to reduce its emission intensity of Gross Domestic Product by 33 to 35 per cent by 2030 from the 2005 level and also achieve 40 per cent power generation from non-fossil fuel based energy resources by 2030.

Calling the attention of the Minister of Environment, Forest and Climate Change, Rewati Raman Singh (SP) sought to know the situation arising out of climate change in the country and steps taken by the government in this regard.

"India will also work towards creating an additional carbon sink of 2.5 to 3 billion tonnes of carbon dioxide equivalent through additional forest and tree cover by 2030.

The national adaptation fund on climate change launched in 2015-16 is to meet the cost of climate measures in areas that are vulnerable to climate change. Till date 30 adaptation projects have been approved at a cost of Rs. 847 crore covering vulnerable sectors such as water, agriculture, animal husbandry, forestry, ecosystems and biodiversity etc. and Rs. 437 crore have been released by the Ministry of Environment, Forests and Climate Change, Mr Javadekar said.

However, Singh said the effects of climate change are visible throughout India with the delayed arrival of monsoons which is a dangerous situation. He deemed as "insufficient" the government's efforts to arrest the impact of climate change.

D Raja of the Communist Party of India said developed nations are trying to blame climate change on developing countries like India and China and such an argument should be refuted.

He said if the government was to deal with climate change, it will have to take some hard decisions and those decisions may clash sometimes with the ease of doing business.

Vandana Chavan of the NCP said environmental clearances are being given left, right and centre. If we have to address the issue of climate change, action has to happen at the grassroots level, she said.

AIADMK's Vijila Sathyananth called for promoting usage of bicycles by students for going to school. She said the ban of single-use plastic must be strictly enforced across India.

Manoj Kumar Jha of the RJD said there was a need to look at nuanced argument on what ails us across the political spectrum to check the impact of climate change.

Narendra Jadhav (Nominated) sought to know the Centre's strategy to address the "big challenge" of climate change. He said the government must come out with a detailed strategic plan to combat climate change.

Aam Aadmi Party's Sushil Kumar Gupta said people are dying in Delhi due to the burning of crop residue by farmers in neighbouring states. He said there was an urgent need for the Centre to formulate a plan so that crop residue burning is stopped.