Youth hacked dead in Barguna in front of wife 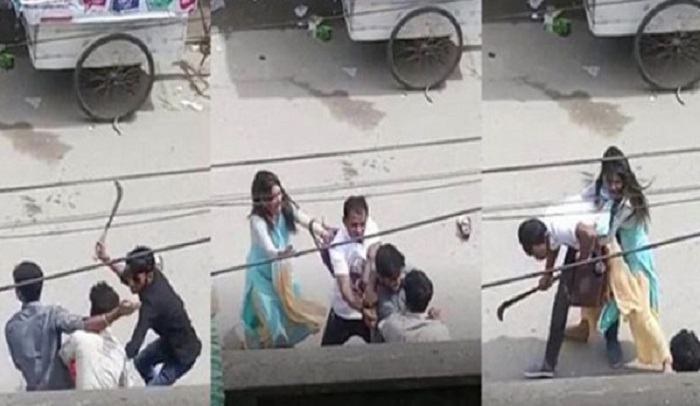 Two miscreants on Wednesday morning hacked a young man to death in broad daylight in front of Barguna Government College.

Rifat Sharif was the loan child of his parents who came under the brutal attack in front of his wife Ayesha Siddiqa Minni and many other people around 10:00am, police said.

A video of the incident has gone viral in the social media.

According to witnesses, two attackers were identified as Nayan Bond and Rifat Farazi.

Rifat Sharif was rushed to Barguna General Hospital and later shifted to Barishal Sher-e-Bangla Medical College Hospital, where he was declared dead around 3:00pm, they said.

Nayan Bond and Rifat Farazi were apprehended earlier but secured bail in mugging and drug-related cases, according to Barguna Police Station sources.

Abir Hossain Mahmud, officer-in-charge of Barguna Police Station, said they have been able to identify the assailants from CCTV-footage.

Drives are underway to arrest the killers, the OC assured.