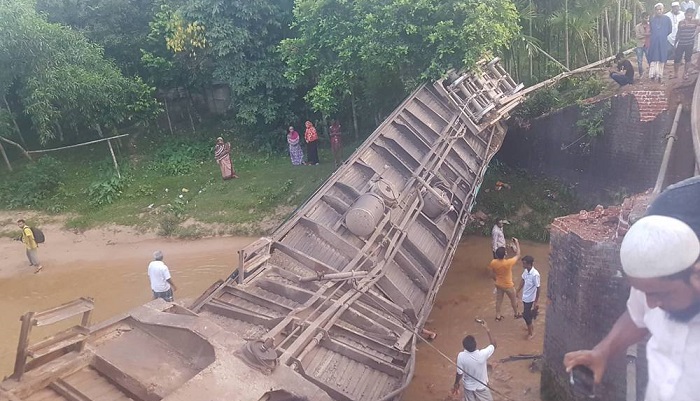 OC Yardous Hasan said, “A person informed Kulaura police the incident of Moulvibazar derailment dialing 999 just before 12:00pm yesterday. If he had not dialed, the accident might have turned into a catastrophe. So, apparently he has saved nearly the lives of 300 people.”

The person was identified as Moeen Uddin, a youth of Baramchal area at Kulaura in Moulvibazar.

Seven passengers were killed and more than 200 others injured in the train crash at Baramchal in Kulaura of the district on Sunday night.

The derailment took place when six coaches of Dhaka-bound ‘Upaban Express’ from Sylhet veered off the tracks around 11:50pm yesterday after a culvert over the Barochhara Canal, 200 yards off Baramchal Railway Station, broke down.

Two compartments of the train fell into the canal and one of them overturned.

Seven passengers were reported dead till now and more than 200 others injured in the derailment. the injured have been receiving treatment at different local hospital including Kulaura Health Complex, Moulvibazar Sadar Hospital and Sylhet MAG Osmani Medical College Hospital.