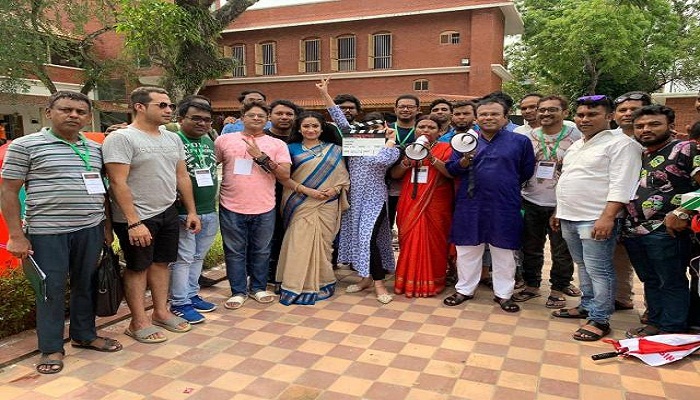 Artistes Pori Moni, Fazlur Rahman Babu and Munira Mithu have been participating on the first lot of shooting while Suborna Mustafa, Siam Ahmed, Anad Khaled and others will take part in the shooting of second lot, said Chayanika Chowdhury, the director of the film.

The film is scripted by Rumman Rashid Khan and produced under the banner of Sun Music and Motion Pictures Limited.

‘Biswa Sundori’ will be the first silver screen production of Sun Music and Motion Pictures Limited.

Kamrul Hasan Khosru is working as the cinematographer and the film’s broadcast partner is Maasranga Television.