Feeble Afghanistan to take on Proteas this evening 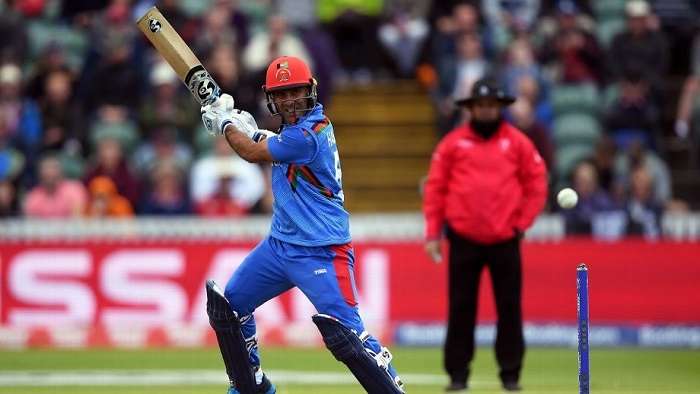 In 21st match of the ICC World Cup 2019, South Africa cricket team led by Faf du Plessis would look to open thier winning account as they face a feeble Afghanistan cricket team at the Cardiff Wales Stadium (Sophia Garden) in Wales on Saturday.

South Africa is placed at the ninth spot in ICC World Cup 2019 Points Table with one point in four matches while Afghanistan is at the bottom of the table with no points in three matches.

Both South Africa and Afghanistan will face each other for the first time in a World Cup clash.

The match is scheduled to start at 6:30pm Bangladeshi time.

The live streaming of the World Cup 2019 South Africa vs Afghanistan match will be available on Hotstar.

South Africa were never seen as one of the favourites to reach the last four of the ongoing World Cup largely due to their inexperienced batting line-up and their performance so far in the tournament has been disappointing to say the least.

South Africa's best result thus far has been a 'no result' owing to their washed out match against the West Indies on Monday, coming on the back of a hat-trick of comprehensive defeats.

Afghanistan, who face South Africa on Saturday, too have suffered a similar fate in the tournament so far, as their batting collapses have given their star-studded bowling line-up little to defend.

In the three matches they have played so far, Afghanistan have managed scores of 207, 152 and 172 -- totals that have been deemed chaseable decades back in ODI cricket.

Add to that the uncertainty over the fitness of their star spinner Rashid Khan and the allegations levelled against the selectors by dropped keeper-batsman Mohammad Shahzad, Afghanistan indeed seem to be on a shaky ground. It means that if South Africa have any chance of getting out of the rut they currently find themselves in, it is in this match.

While their batting remains an obvious weak link, South Africa's troubles have been compounded by some loose fielding and a misfiring pace attack.

While they managed to get the better of most of the mighty England batting line-up before Eoin Morgan and Ben Stokes bailed the hosts out in the tournament opener, South Africa were completely outplayed in the games against Bangladesh and India.

Tightening things up in the field against an already vulnerable Afghanistan batting line-up would go a long way in securing a first win in the tournament for the Proteas.

Similarly, the fact that they are facing what has to be the weakest South African side to have played in a World Cup means that this is the best chance for Afghanistan to show that they belong at this level of the game.

However, the weather forecast for Cardiff is not encouraging. It is expected to rain in the early parts of the day and showers could return in the afternoon.

But Afghanistan are one of the few teams in the tournament which didn't experience a washout thus far and the players would hope that their good luck continues on Saturday.

The pitch at the Sophia Gardens is expected to assist the seamers for the first few overs before becoming a good batting surface. However, the weather conditions will bring the spinners into the game. Also, rain is likely to intervene during the game.