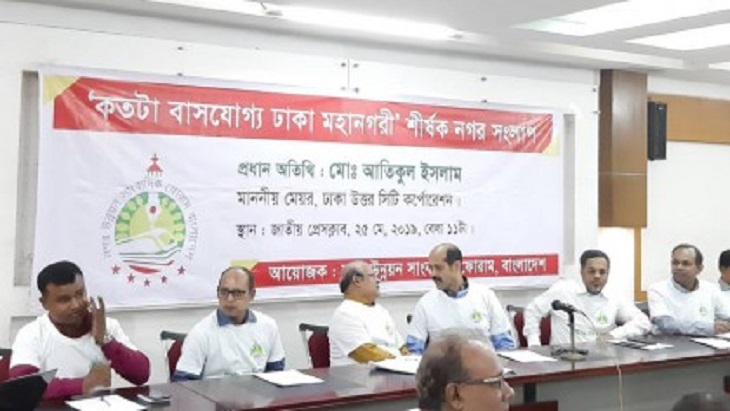 Quoting Atiqul UNB said, "Since footpaths are occupied illegally, people are forced to walk on the roads. If we keep the footpaths clear, then the traffic jams will be reduced."

Atiqul was speaking at a dialogue on habitability of Dhaka city, arranged by Urban Development Journalists Forum (UDJF) at Jatiya Press Club.

He acknowledged the challenges, including road and food safety, ensuring adequate water supply, freeing wetlands and more, for saving the capital.

"We need to work with responsibility to face these challenges," he said, mentioning that good governance is also a major factor.

He said that illegally occupied canals in the city must be freed to save Dhaka.

Regarding safe water supply, the mayor said that he had contacted Wasa's managing director to look into the matter.