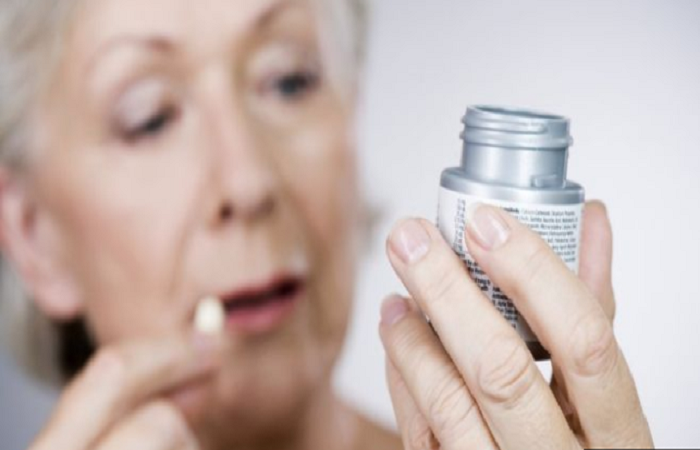 Patients who have had a stroke caused by bleeding in the brain can safely take aspirin to cut their risk of future strokes and heart problems, according to a new study.

Aspirin thins the blood and so doctors have been cautious about giving it, fearing it could make bleeds worse.

But The Lancet research suggests it does not increase the risk of new brain bleeds, and may even lower it.

Only take daily aspirin if your doctor recommends it, they advise.

Aspirin is best known as a painkiller and is sometimes also taken to help bring down a fever.

But daily low-dose (75mg) aspirin is used to make the blood less sticky and can help to prevent heart attacks and stroke.

Because aspirin thins the blood, it can sometimes make the patient bleed more easily.

And aspirin isn't safe for everyone.

It can also cause indigestion and, more rarely, lead to stomach ulcers.

Never give aspirin to children under the age of 16 (unless their doctor prescribes it).

It can make children more likely to develop a very rare but serious illness called Reye's syndrome (which can cause liver and brain damage).

The research involved 537 people from across the UK who had had a brain bleed while taking anti-platelet medicines, to stop blood clotting, including aspirin, dipyridamole or another drug called clopidogrel.

The work is being presented at the European Stroke Organisation Conference in Milan.

What do experts say?

The research cannot prove that aspirin prevents future strokes but it appears to be linked to a lower risk.

Nor does it suggest that aspirin is always safe to take.

But it hints that more patients - those with haemorrhagic or brain bleed strokes - might benefit from daily treatment.

It's not clear if the study findings will apply to all patients in real life.

Lead researcher, Prof Rutsam Salman, from the University of Edinburgh, said: "At the moment, people do not know what the right thing to do is.

"Doctors are hesitant about giving aspirin or aspirin-like drugs to people who have had this type of stroke.

"UK and European guidelines do not give any recommendation, because there hasn't been enough evidence.

"I think we have now confirmed safety with these findings.

"It certainly seems that aspirin is safe enough to give."

Prof Salman recommended more work to see if aspirin might actually lower the risk of brain bleeds as well as clots.

Prof Metin Avkiran, from the British Heart Foundation, which funded the research, said: "Around a third of people who suffer a brain haemorrhage, also known as haemorrhagic stroke, do so when they are taking an anti-platelet medicine, such as aspirin, to reduce the risk of a heart attack or an ischaemic [blood clot] stroke.

"We now have a strong indication they can carry on taking these potentially life-saving medicines after the brain haemorrhage without increasing the risk of another one, which is crucial new information for both patients and doctors."

Anyone with concerns should speak to a doctor before considering changing medication, however.

You can reduce your risk by: