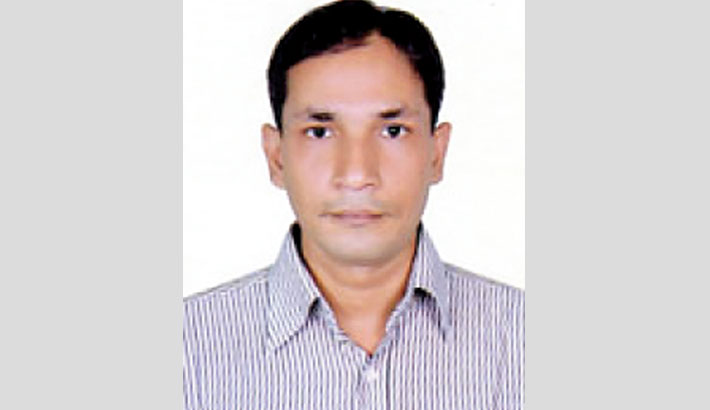 Food adulteration – the process by which the quality or the nature of a given food is reduced through addition of adulterants or removal of vital substance – is a serious problem in many countries including Bangladesh. Though small quantity of preservatives is permissibly used to improve the storage properties of the food, dishonest traders, importers and manufacturers, cultivators, processing agencies and restaurant owners are involved with different forms of unethical practices such as mixing excessive amount of preservatives, mixing harmful chemicals and toxic artificial colours, substituting low priced products and other materials, concealing the quality of food by mislabelling, selling expired food and serving rotten dishes. Certainly, the problem of food adulteration in Bangladesh persists at various points – growing, preparing, processing, storing, selling and serving.

Food adulteration may be intentional and unintentional. Intentional adulteration defrauds consumers with indiscriminate usage of a variety of adulterants – formalin, melamine, calcium carbide, sulphuric acid, artificial sweetener, DDT, ethylene oxide, etc. But unintentional adulteration, which contains larvae of insects, droppings, pesticide residues, etc. and results in substandard foods, occurs naturally or incidentally due to negligence, ignorance, lack of rainfall, mishandling, poor storage conditions, etc. Though intentional food adulteration began in Bangladesh a couple of decades ago, it is alarmingly increasing day by day. Different studies, recently conducted by several organisations, reveal that from around 20 per cent to more than 90 per cent of different food products – including condensed milk, sweetmeat, ghee, honey, cow’s milk, biscuits, breads and ice-creams – are adulterated in Bangladesh.

Of Course, contaminated food fails to meet required food standards, becomes impure and unfit for human consumption, reduces nutritional level and brings considerable harms to people at all social strata. Harms are two-fold: health hazards and economic loss. Impure foods have many acute and chronic health consequences — increased cancer, kidney diseases, heart diseases, and many other health problems including diarrhoea. Indeed, millions of people including children are affected by polluted foods in Bangladesh. Moreover, individuals spend huge amount of money for treatment of health problems and count economic loss for illness driven work loss caused by impure foods. As expected, food adulteration needs to be ended from Bangladesh as soon as possible for saving the lives of citizens.

But for ending food adulteration, reasons of the menace need to be identified. I think that reasons are three-fold: business based, governmental initiative based and consumer based. Firstly, unscrupulous businessmen adulterate foods due to ill-intention of cutting down production costs to meet the market competition, earning extra profit, lack of understanding of proper usage of preservatives, shortage of authentic ingredients at affordable prices, inadequate knowledge on food safety and negative consequences, etc. Secondly, inadequate governmental initiatives, especially inadequate implementation of regulation and monitoring measures, contribute to the rise of food adulteration. Thirdly, lack of awareness among consumers of adulterated foods and associated health impacts cause them to accept such foods and their inadequate attempts for seeking remedies against harms caused by impure foods directly or indirectly motivate businessmen to continue food contamination.

Of these, inadequate government initiatives, especially inadequate implementation of initiatives, are the most leading reason of food adulteration in the country. Undeniably, there are many relevant laws and policies – including the Bangladesh Standard and Testing Institution Amendment Act of 2003, the National Food Policy of 2006, the Consumers Rights Protection Act of 2009 and the Food Safety Act of 2013 – to secure the right to safe food. Relevant laws, rules and policies cover the offences of various aspects including fake licenses, poor quality of food, substandard infrastructure and lack of hygiene, food adulteration, food impurity, incorrect information on food packages and selling products with expired date – intend to secure safe foods to the people. But these measures are not adequately implemented.

There are, indeed, considerable criticisms that implementation of relevant laws and policies is inadequate in terms of providing legal punishment, food inspection or testing of local and foreign foods, monitoring, etc. Inadequate implementation, consequently, provides more opportunities to unscrupulous businessmen to adulterate food and maximise their profits. In addition, due to inadequate initiatives of the government especially for creating awareness among consumers about food items and health consequences of adulterated foods, they buy adulterated foods and, hence, indirectly motivate businessmen to continue the menace of food contamination. Compared to any of the two other reasons, however, roles of consumers are meagre in rising food adulteration in the country.

Implementation of government initiatives, as expected, is to be given special emphasis. But, with implementation, there are some concerns including inadequate coordination among different ministries and concerned departments, bureaucratic concerns in regulatory bodies, lack of transparency and accountability among regulatory bodies, scarcity of test facilities and instruments, and shortage of qualified personnel or inadequate knowledge among relevant personnel on food safety. Moreover, current punishment is inadequate – maximum three years imprisonment or fine of 2 lakh BDT or both for food adulteration. Reasonable concerns with implementation, thus, must be addressed with effective measures including increased coordination, adequate surveillance, establishing a modern food testing system, periodic training programs for relevant personnel, adequate testing of imported foods and banning of all adulterated food products – local and foreign.

Usual implementation of laws and policies, however, is less likely to bring any considerable change at the context of widespread food adulteration. In this regard, anti-adulteration drives are an important step for expected prevention. Hopefully, government has already begun mobile court drives – consisting of officials from the Bangladesh Standard and Testing Institute or BSTI, member of police and RAB, and magistrate(s), etc. – in Dhaka city and other areas and destroyed a huge quantity of adulterated foods and fined some super shops, prominent restaurants, etc. for food contamination. But for any lasting success, such drives should be increased and continued across the country until the menace reduces at an acceptable level. In the drive, yet, measures should be taken so that no one is falsely victimized, personnel involved with drive do not receive bribes and drive is not politically motivated.

In addition, some other measures – including 1) making food adulterants inaccessible and approved food additive ingredients available and accessible; 2) making businessmen aware of proper usage of food preservatives; 3) providing trainings to farmers and others on the use of safe chemicals and safe post-harvest handing of perishable foods; 4) promotion of ethical practices among businessmen with the participation of business leaders; 5) improving and increasing storage facilities; 6) empowering consumers for suing against companies with the addressing of legal restrictions of section 71 of the 2009 Consumer Rights Protection Act (which stipulates that an aggrieved person needs to obtain permission from the Directorate of National Consumer Rights Protection to sue against the culprit); 7) raising consumers’ awareness – are also very important for ending food adulteration.

Of course, social awareness about safe foods, adulterated food items and other associated aspects including negative health impacts is very important for motivating consumers to reject impure foods. In this regard, civil society organisations – including the consumers association of Bangladesh and the Bangladesh society for safe food – and mass media need to play vital roles. I think that social awareness and social rejection of adulterated foods can considerably contribute to ending the menace of food adulteration from the country in sustainable manner and securing safe foods to the people of all walks of life as per expectations.

The writer is an independent researcher. Email: [email protected]