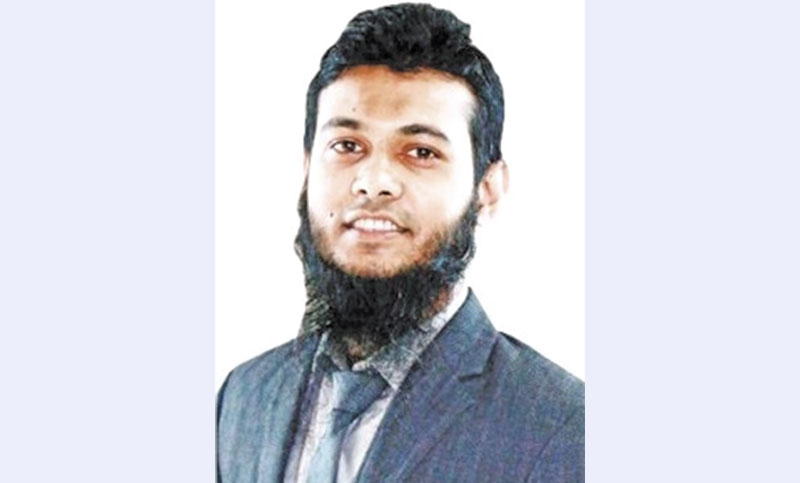 What is the imperative lesson we take from the latest Friday tragedy of boat capsize in the Mediterranean in Tunisia where, we fear, maybe 30 to 35 Bangladeshis have died? One way to look at this is simply a tragedy, one of the many that occur daily in the world. A better way to look at this issue is swelling economic migration, whether permanent or seasonal. It is also a commonly cited reason for international migration in the context of globalisation. Economic migration is the movement of people from one country to another to benefit from greater economic opportunities. Now, what are the driving forces for the most recent migration wave?

In general, it is believed that economic factors are one of the major causes of this burgeoning international migration except forced migration from the war aggrieved countries. The economic factors of the migrant’s country of origin include poor labour standards of a country, its tenacious unemployment situation, and the fragile health of its economy. If economic conditions are not auspicious but appear to be at risk of deteriorating further, a greater number of individuals will probably emigrate to one with a superior economy. This migration could take place within a country or outside of a country. For instance, privation of economic opportunities may result in people moving from rural to urban areas while remaining within the confines of their state borders. As the low- and middle-income countries of today continue to develop and the high-income countries experience slower economic growth, this internal migration is reasonably common in most of the emerging economies. However, international migration—although at a diminishing pace— is still taking place in many emerging countries, especially in the South Asian countries like Bangladesh. Friday’s tragedy in the Mediterranean is a recent example of that. Now, let’s have a bird’s eye view of the root causes.

Wage-wise disintegration of the world

Large gaps in mean incomes and wages are perceptibly a magnet for economic migration around the globe. As a recent UBS “Prices and Earnings” report shows, for exactly the same job of a bus driver, the real hourly wage rate (adjusted for the cost of living) is $20 in Amsterdam and only $3 in Mumbai. Unfortunately, Dhaka was not included in the analysis; nevertheless, it can be easily assumed and is expected to be similar to that of Mumbai. Moreover, using the US New Immigrant Survey, which records current and past wages of recent US green card holders, Mark Rosenzweig—an economist and the Professor of International Economics at Yale University—argues that not only the gaps between US and migrant countries’ wages but also between migrant countries’ themselves. For instance, a South Korean high school graduate earns ten times as much as an Indian, while a Mexican college graduate earns three times as much as one in Indonesia. It does not require huge sophistication to realise that one can multiply one’s standard of living several folds by migrating to a richer country. Moreover, even an informal job, not covered by official wage rates, will yield to many people from poor countries much higher income than they can expect at home. Consequently, this is the main reason why most of the economic migrants from Bangladesh leave their home country for higher income overseas.

A better solution to the voluntary economic migration would be a concerted policy by rich countries to allow much greater and orderly immigration of both skilled and unskilled labour through temporary workers’ programmes. This would involve regularising the ability of foreigners from poor countries to apply for and get jobs in rich countries, and generally to implement more lenient and targeted migration policies. Although this opportunity is accessible to many workers from the developing countries, this formal migration process is still not affordable by the poorest of the poor: the cost of migration is still very high for them. As a result, they incline to take dangerous journey towards the more economically developed nations, hurling themselves into many life-threatening, hazardous conditions. The death tolls — due to the latest boat capsize in the Mediterranean Sea — are a clear, straightforward example of that.

Risk and Rewards of Economic Migration

A common reason of economic migration relates to the better economic opportunities available in the destination country. As long as the endowments of capital and labour are uneven across countries, individuals can gain by relocating to a country that offers the highest return on their labour. Migration takes place when the migrant believes that his expected lifelong wage earnings in the destination country exceed his expected earnings in the source country, even when various transaction costs and life risks are unequivocally associated with this kind of migration process. According to the estimates by the World Bank, a migrant nearly triples his income on average in the destination country, even after remittances sent to the home country are subtracted from his income. The costs associated with migration on the migrant himself are likely to be non-economic, making the economic case for free migration unambiguously a positive one for an individual migrant looking to take advantage of these opportunities. However, unplanned, illegal, or risky economic migration can cause a lot of problems and sufferings for the migrant and his/her family.

Unemployment in Bangladesh: A Serious Concern

According to the report titled “Asia-Pacific Employment and Social Outlook 2018”, it is revealed that, out of 28 countries in the Asia-Pacific region, Bangladesh has the second highest educated unemployment rate. And, youth unemployment in Bangladesh has doubled between 2010 and 2017, revealed by the same report. Both these revelations have caused serious concern and apprehension among the parents and the future job seekers. The explanations for these surprising trends are many and may vary. Employers have pointed out that our higher education institutions are failing to produce highly skilled workers. Many entrepreneurs and economists have said that universities in Bangladesh are not providing students with the necessary skills that the market demands. The all-pervasive nepotism, especially when it comes to hiring for government jobs, would be another reason why educated unemployment is on the rise, as it shuns completely the idea of meritocracy. If we cannot stop this and create more opportunities for the forthcoming college and university graduates, then we will face grave consequences, compelling them for illegal, risky economic migration.

Now, it can be said that whatever the reasons may be for the higher unemployment rates of the educated young people in Bangladesh, these trends should not be taken lightly. Bangladesh government should straight away seek to create opportunities for employment, encourage self-employment and entrepreneurship among the young generation. It is also recommended to ensure that our education is oriented towards the needs of the time and not to traditional systems.

In terms of international economic migration, I believe that if factors of production are free to move, then this must apply to labour as well. Economists also agree that liberalisation of migration flows would enhance global welfare. However, the destination countries resist migration in the fear that it would lead to domestic unemployment through labour replacement. As a result, international economic migration remains restricted at a substantial cost to world welfare. Therefore, politicians and world leaders should be more liberal in terms of opening up the labour market.

Moreover, there is much greater awareness as a result of globalisation (through TV, internet and social media) of the income gaps between developing and developed countries. People today know much better the difference in living conditions they and their children can expect in the rich world compared to their home. Thus, it is very much difficult to stop economic migration, especially the illegal and riskier ones.

I conclude the article with my deepest and heartfelt condolences for the families of the afflicted ones in this tragic boat capsize in the Mediterranean see in Tunisia!

The writer is a Lecturer in Finance at Bangladesh Army International University of Science and Technology (BAIUST), Cumilla Cantonment. Email: [email protected]