Kayes ready for any kind of SOS 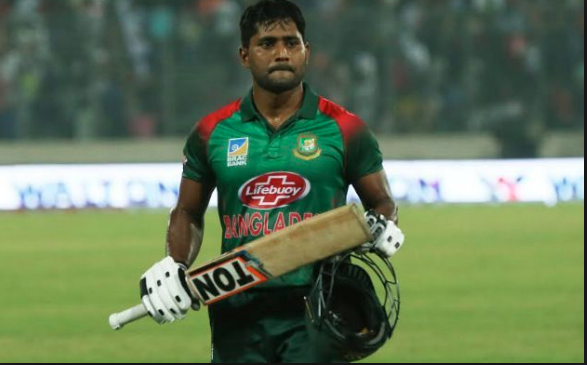 Imrul Kayes of late has earned fame as a super sub because of his ability to perform by replacing anyone halfway through the tournament.

This kind of fame came after his successful outing in Asia Cup in last year. He along with Soumya Sarkar was suddenly called up for Asia Cup and asked to bat in the middle order position, despite being an opener.

Basically Tamim Iqbal’s injury in the midst of the tournament opened the gate for him and Soumya. Kayes responded with an unbeaten 72 off 89 against Afghanistan.

He was ignored from the World Cup squad but still there is hope that he could get a sudden call up in cricket’s biggest extravaganza like Asia Cup. And if the SOS comes, Kayes said the team management would get him fully ready.

Co-incidentally Imrul had the same fate during the last 2015 World Cup as he was included in the Bangladesh squad when Anamul Haque got injured during their third game against Scotland.

Kayes is the part of the elite camp that the BCB formed to provide backup players for the national team in emergency situation. The camp began on May 12, with an aim to keep all the players ready for any sudden call up in the national team.

“I didn’t play much after the premier league. So, I think this camp is very important for those of us who are out of the national team. It will be crucial for our upcoming series, matches and the long season ahead.

Everyone has taken it seriously. Literally I am enjoying my time here, specially working with coaching stuffs. Personally, I have taken this camp very seriously,” Kayes said on Tuesday after the practice session.

According to Kayes, the camp is helpful to keep the players fit.

“It’s not easy to handle the pressure if you call someone suddenly but this camp will help you to prepare yourself. Other than this, it’s difficult to play well on a sudden call up.

Fitness required in international match and domestic league matches are totally different. I think those of us who are called up in this camp are very lucky because if someone gets injured, players will be called up from here. That’s why we have taken this camp seriously,” Kayes said, adding that he is ready to serve the team in the World Cup if any sudden call comes.

“I don’t have any problem (if any sudden call from World Cup comes). Everyone knows that I played in the Asia cup on a sudden call. It was really tough. I didn’t play any international match for six months before that. It’s good for me that I have been practicing my skills here, if opportunity arrives I will be available to play in any situation and any condition for the team.”

Kayes thanked the BCB for forming this elite camp and said it would benefit the players in great extent.

“I thank BCB for this great opportunity. It’s especially good for those of us who stayed at home after the premier league and didn’t have anything to do,” he said.

However Kayes at least didn’t show any frustration of being ignored from the World Cup squad.

“When someone comes and goes in the squad that helps him to realize a lot of things. I learn and realize the situation a lot when I am out of the team. I can also apply those things when I am in the squad. I think it’s good for me, it doesn’t discourage me at all.”