Water flows abundantly, but not a drop to drink 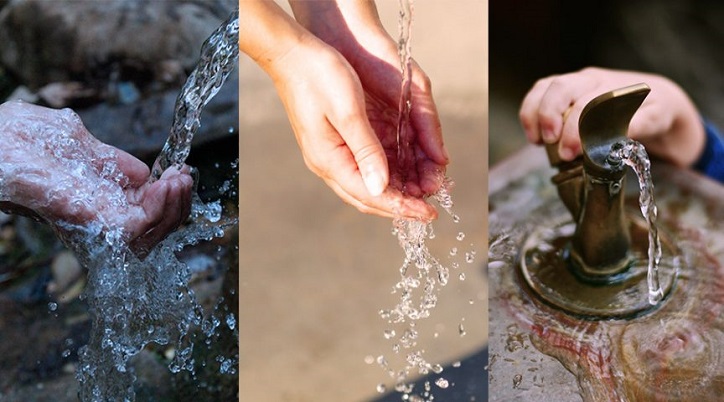 Tens of thousands of people in and around the Sundarbans mangrove forest continue to suffer from acute drinking water crisis despite being crisscrossed by a number of rivers in the world’s largest mangrove forest. Concerned officials were blamed for not doing anything to solve this major problem.

Residents of the area drink water from the ponds as there are only a few tube wells or other source of drinking water. They alleged that the authorities concerned do not pay any heed to their appeal of providing safe drinking water.

Visiting the unions of Munshiganj, Iswaripur, Gabura, Ramjannagar of Shaymnagar upazila under Sathkhira district, this correspondent found that the residents of the area were suffering due to a lack of drinking water source.

Shamsul Islam, an Imam of Bhetkhali village of Ramjannagar union told the daily sun that people drink water from the ponds due to shortage of tube wells.

“The government should put highest priority to solve the problem,” he said.

As the ground water of the costal belts remains salty, people have to depend on the surface water, mostly on ponds.

But people become helpless when natural disasters like cyclone, tidal surge and drought damage the lone source of water.

“We do not have much income that we will drink bottled water. The government must do something for us,” Abdur Razzak Gazi said, adding that they have only one tube well for about 10,000 villagers.

Local lawmaker SM Jaglul Hayder stressed the need for setting up more tube wells in those areas for addressing the problem.

“Drinking water may be provided to the local through pipelines,” he told daily sun, adding that he would take such a move soon.

Asked about people’s suffering for years, the lawmaker said he raised the issue before parliament.

“The concerned minister also assured me in addressing the problem,” he said.

“The public health department sets up deep wells upto 1000 feet. But salty water extracted from those wells,” he said.

LEDARS, a local non government organisation, has been working in some unions of the Shyamnagar upazila to address the drinking water crisis.

Mohon Kumar Mondol, executive director of the NGO, told daily sun that they had been providing support to the people with bio sand filter since 2015.

“The filter can make disinfectant water of any pond. If the filter is not broken forcefully, it may last for 50 years,” he said.

Mondol said that the production cost of the filter stands at Tk 5,000 but they take only Tk 500 from the users.