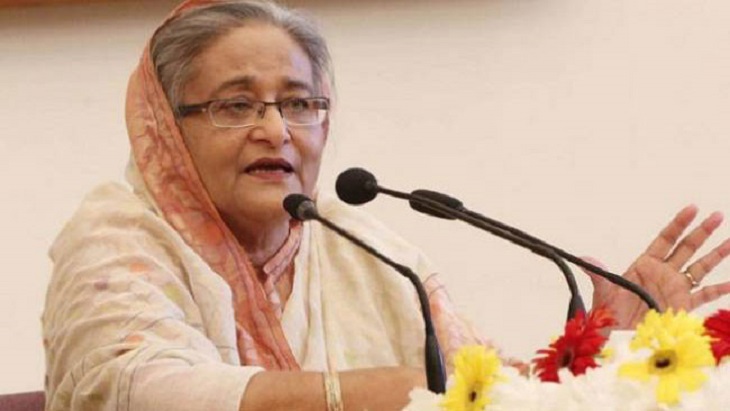 Prime Minister Sheikh Hasina scraped claim that the government had mounted pressure on BNP's MP-elect Zahidur Rahman to take oath as a member of the 11th parliament.

She said, "BNP Secretary General Mirza Fakhrul Islam Alamgir alleged that the government has forced their party leader to take the oath as an MP. But, we didn't force anyone in this regard."

"Zahidur himself said that he will join the parliament and raise his voice over the release of their party chief Khaleda Zia," she added.

The PM made the remarks while addressing a press conference to brief the media about her just-concluded bilateral official visit to Brunei Darussalam.

The press conference began at 4 pm today at her official Ganabhaban residence.

Replying to a query over Khaleda's parole, she said, "As per the rule, she must file an application if she wants to be freed on parole. This is her personal choice and we have nothing to do with this."

"I would like to say that Khaleda Zia's conviction was not based on political motivation. She was convicted on charges of corruption and the case was filed during the regime of the last caretaker government," she added.

Earlier in the day, Mirza Fakhrul said: "We are sure that the government has compelled Zahidur to take the oath as an MP. However, we are not worried at all over the issue."

"And as the act of Zahidur was a blatant violation of the party’s organisational decision, we will take stern action against him," he added.